From Robert Johnson’s hellhounds to Three 6 Mafia’s tongue-in-cheek devil worship, Memphis music has had an infatuation with the darker side of life since the very beginning.

With Halloween just around the corner, we’ve decided to present you with ten songs that encapsulate this tradition, ranging from the genuinely spooky to the downright goofy. Whatever your Halloween mixtape calls for, we feel confident that you’ll find at least one track that will become a staple of your annual holiday tradition. Happy Halloween everyone!

Lizzie Douglas, the blues legend better known as Memphis Minnie, wrote upwards of 200 songs during her career, many of which dealt with themes like hoodoo, dark magic, and ghosts. However, few are as downright spooky as her 1936 classic “Haunted Blues,” which describes the many annoyances of living with the ghost of a former lover. Who can’t relate to that?

During the 1950s, few things took over the public’s consciousness quite like rock ‘n’ roll and U.F.O.s, both of which caused anxiety amongst adults and excitement among the youth. Sensing an opportunity, Sun Records artist Billy lee Riley wisely combined both of these trends into a rowdy and rollicking rockabilly number about a group of aliens who come to earth and form a band. His own band of “Little Green Men” served as the house band at Sun and notably featured a young hellion named Jerry Lee Lewis on piano.

Memphians of a certain age almost certainly remember Sivad, the ghastly “monster of ceremonies” of the local Saturday evening program “Fantastic Features.” Sivad was the brainchild of Watson Davis, a local movie promoter who introduced a generation of kids to low budget horror flicks such as The Brain That Wouldn’t Die and Mutiny in Outer Space. In 1963, Memphis’ favorite ghoul released his own single “Sivad Buries Rock and Roll,” which became a local hit and remains a cult favorite.

Although this very well be the least creepy song on our list today, who can resist Otis Redding passionately singing, “I can’t wait to Halloween to find out if it’s trick or treat”? Written by Redding and Isaac Hayes (who plays piano on the track), “Trick or Treat” is a fairly typical mid-tempo offering from the legendary soul singer, which is far from an insult. While Redding and his Stax Records label mates were probably wise to focus on songs about love rather than the macabre, we’d love to hear some more spooky tunes from the iconic soul label.

In 1964, Sam the Sham & the Pharaohs provided Memphis with a breakout monster-themed song of its own with their smash hit “Wooly Bully,” a rocking track all about a creature with “two big horns and a wooly jaw.” Two years later, they returned with their second big hit “Li’l Red Riding Hood,” a retelling of the classic fairytale voiced from the wolf’s perspective.  In the years since its release, everyone from Bowling for Soup to The Smashing Pumpkins have covered the holiday favorite.

During his long and notable career, trumpeter Gene “Bowlegs” Miller worked alongside some of the greatest talents this city has ever produced, including Aretha Franklin, B.B. King, Al Green, and Isaac Hayes. Needless to say, his 1969 novelty track “Frankenstein’s Walk” is not among his finest work, but it sure is a lot of fun. Featuring Gene Miller in the role of Frankenstein’s monster, the song suggests that the iconic character is not the best dancer. “I don’t know what I’m tryin’ to do! I’m a monster!” he exclaims at one point. Unsurprisingly, the song comes with its own unique dance moves, making it a necessity for any Halloween dance party.

When it comes to spooky party music, it’s hard to do better than the Cramps, the “psychobilly” pioneers who first gained national attention as members of New York’s early punk scene. While not technically a Memphis band, the Cramps recorded all of their earliest material in Memphis under the tutelage of local legend Alex Chilton, including their debut album Songs the Lord Taught Us at Sam Phillip’s Phillips Recording studio. While Songs the Lord Taught Us is chock full of great choices, there is probably no better representation of their signature spooky shtick than “I Was a Teenage Werewolf.”

Known for its dark themes, fast flows, and menacing beats, Memphis “horrorcore” movement of the early ‘90s is still influencing the sound of hip-hop today, which means the genre has plenty of great offerings. Three 6 Mafia’s “Favorite Scary Movie,” Lil’ Grim’s “Black Magic Remix,” and Project Pat’s “Red Rum” are all excellent examples of the genre, but for my money, nobody has done it better than Three 6 Mafia member Koopsta Knicca. His 1994 album Da Devil’s Playground remains a classic of the genre and the track “Voodoo Village” captures the rapper at his sinister best.

Instrumental tracks rarely come packed with as much anxiety and foreboding as the Lost Sound’s “Ship of Monsters,” the opening track of their excellent synth punk album Memphis is Dead. First formed in 1999, the band was largely a joint project between Jay Reatard (nee James Lindsey) and Alicja Trout, both major figures in Memphis’ punk scene at the time. As Pitchfork noted in a review, the Lost Sounds created panic music, not party music, but we say “why not both?” 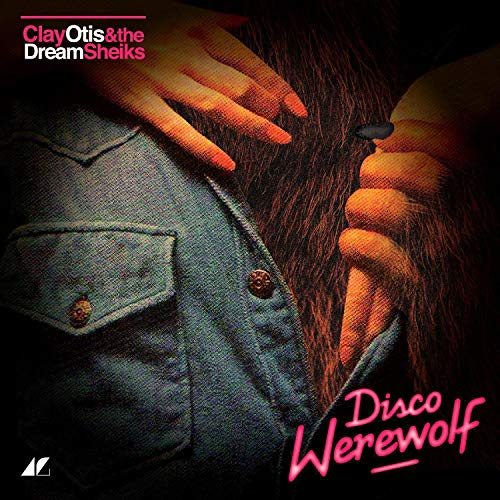 During his brief yet prolific career, Clay Otis (nee Clay Hardee) released some of the most adventurous and strange music to come out of Memphis in years. Amongst his best tracks is 2013’s “Disco Werewolf,” an infectiously danceable jam that sounds like the sequel to “Thriller” we never got. The song, released on Halloween night of 2013, features some of Memphis’ finest current musicians and promises to be a local Halloween favorite for years to come. Listen on Bandcamp.