Being endorsed by one of your artistic heroes would put any creative on cloud nine, but Memphian Jamey Hatley didn’t just get a nod of approval from Barry Jenkins. The acclaimed director, producer, and screenwriter put money behind it. 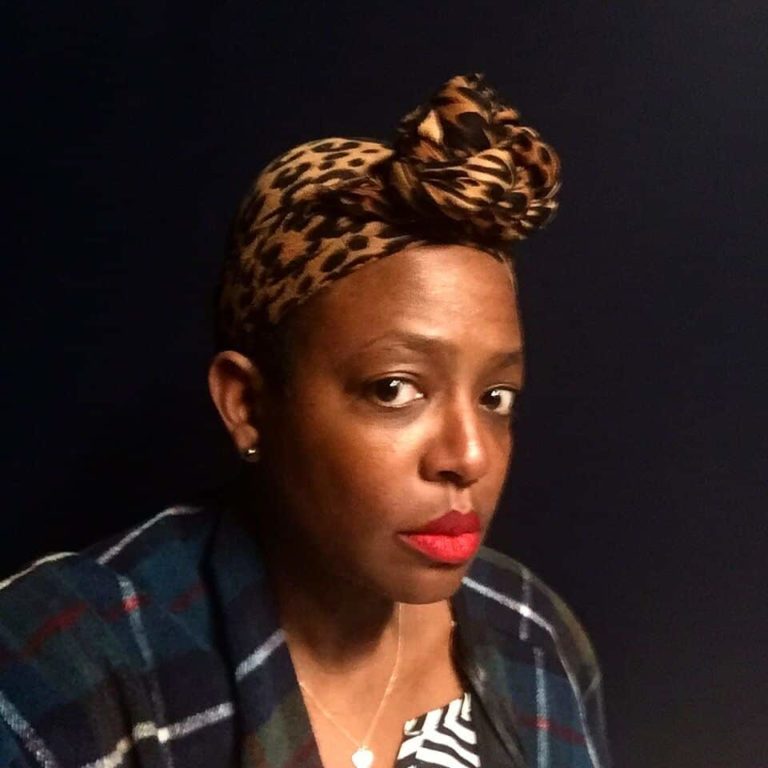 Jamey was recently announced as the winner of the inaugural Indie Memphis Black Filmmaker Fellowship for Screenwriting. The fellowship, as well as a residency, were launched by Indie Memphis in partnership with Barry Jenkins who handpicked the winners and provided funding for the screenwriting fellowship. As the recipient, Jamey gets a $7,500 unrestricted cash grant and a two-month fellowship in Memphis to develop her screenplay ‘The Eureka Hotel.’

Jamey grew up in Walker Homes as an only child, and despite using her imagination to entertain herself, says she never thought she had the level of imagination necessary to be a writer, so she didn’t plan on it.

Instead, she pursued a business marketing degree at UT Knoxville. After graduating, she interned at NARAS (the recording academy responsible for the Grammys). Somewhere along the way she earned a degree in PR/ journalism, too. At one point, she worked for an independent record label. All that’s to say it was a long road until Jamey gave in to creative writing because: “Stories wouldn’t leave me alone.”

In 2004, she left to do an MFA in Creative Writing at LSU in Baton Rouge and stayed in Louisiana working and writing in a literary scene that had plenty to offer. In 2014, she made the decision to return to Memphis to help her aging parents.

She had to adjust for sure, but the stories didn’t stop. In fact, they’re now coming to life in ways she hadn’t anticipated. When we spoke, she was in post-production for the first short film based on her writing. She’s submitting it for Memphis Film Prize today.

“It is a kind of prequel to the feature film treatment that Barry Jenkins selected for the Indie Memphis local fellowship.”

We talked about what the fellowship means for the direction of her career, that time she bravely approached Jenkins at a festival years ago, and how Memphis influences her work.

On taking a chance on screenwriting

I’m really a literary artist. I’m still writing a novel, I’ve written prose, and essays and this screenwriting thing just came and struck me out of the blue last year. Even in my MFA, I never took a screenwriting class. I was in Louisiana during the screenwriting boom. I just never thought that I thought that way.

I actually was running a literary organization last year and I call it “The Great Defunding of 2018.” Suddenly, I had no job, and I got a wonderful opportunity presented to me via a black woman filmmaker/ writer/ director and it was an offer that I could not say no to. And I was also broke. So through Google and library books, I just started cramming. All of that, I’ve learned just in time. Before November 11th, never had I even ventured into this area.

Barry Jenkins is one of my favorite filmmakers of all times. I’ve been following his career. I met him at a film festival when ‘Medicine for Melancholy,’ his first feature, came out and that was ten years ago. I had just published my first short story in the Oxford American. It was cold and rainy and I was like ‘Eh, I don’t want to go to this thing.’ I saw the little asterisk where it said “director present” and I was like ‘Is this a black film? Okay, Imma go.’

I was very touched by the film because it did a lot of things that I wanted my work to do and speak to. There was a line of people waiting to talk to him— this is before he took that film to South by Southwest which is really where they blew up— and I went back to my car and I looked down and had my contributor’s copies and I was like, this is creepy. I think I’ll go give him this. It’s creepy but Imma still do it.

I went back in and I was just like, “You don’t have to keep this. I know you have to pack light, but I just published my first story in Oxford American.” I gave him that piece and he was like ‘I know the Oxford American.’ It’s very funny that after all this time, it circled back. I’m just such a fan. He is such a supporter of other people and I always am excited to see what he does next. I’m very excited to have his help and his support.

On how Memphis can nurture artists

Acknowledge that artists are here. That’s one thing. I think even subconsciously when people want to do good, they think automatically outside. Right? But there are so many talented people here. People need training. They need support. People need to know that artists don’t live off of exposure.

When I had my literary organization, we paid every artist. We didn’t ask anybody to do anything for free because this is labor. Your art is actual labor. If you asked me to write something I’m going to spend five-to-six times longer than I should on whatever I do, even if I’m doing it for free, and so we need support.

There are so many arts organizations here but there are not organizations that have emergency funds for artists. If I drop my computer, tough on me. If a musician gets their equipment stolen, tough on them. Memphis wants to bill themselves as this place that is built on art and music but that’s not free.

On how Memphis influences her work

[Memphis is in] All of it. I have one short story that is not set in Memphis, ‘Collected Likenesses,’ but is still influenced by Memphis. I say I’m from “Memphissippi” half Memphis half Mississippi because I went to a country every-other-Sunday-church, like so poor that we had to share a preacher. All of my work is informed by that, deeply.

I have my own mythical county that borders Faulkner’s “Yoknapatawpha.” Mine is named Alzada County, MS, after my grandmother, Alzada Harris. The short that I did, and also the feature treatment, is about the Eureka Hotel, which was a real place in Memphis. Everything I write, Memphis is imprinted on it because it’s my home and I’m trying to still figure it out.

On the responsibility to tell Memphis stories

The shock of coming home, and landmarks so different and changed and things are constantly being erased… the names are very important to me. As I look around and suddenly a neighborhood has a different name… What does that do to the people who live there? What does it mean for you to suddenly be from nowhere because some arbitrary entity has decided to call your neighborhood something different?

There are so many stories here. Memphis is full of stories. The South is made of stories. So it is imperative to me to tell those stories and some of these are huge stories. Where is the Ida B. Wells one?  Where is Alberta Hunter? Where is Memphis Minnie? Where is B.B. King coming here? Where is Robert Church saving Memphis during the yellow fever epidemic? Where are those stories? I know where they are. Imma tell ‘em.

On when she began to trust herself as a storyteller.

Maybe now, because before it was still just my personal imagination and I’m a perfectionist. There are always things that I can do better.

There was something about seeing all of these other people [connect to my work]. I was looking in a monitor and seeing my work come alive in a way that I’ve never seen before. It was like I was outside of myself. I knew I wrote it but it was different, you know. 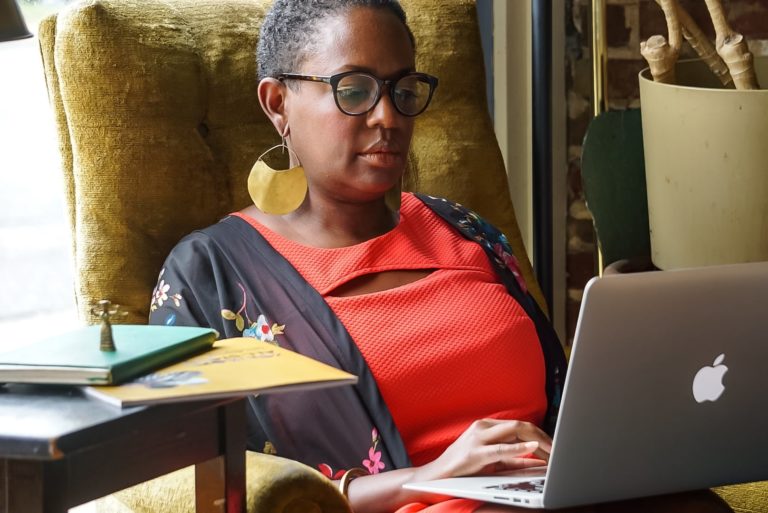 That I could articulate a vision and then my makeup artist, my wardrobe person, my DP [Director of Photography]…they knew what it was even more intimately and deeply than I did. It was very touching. The joke was that I cried every hour on the hour, which I did. I’ve been writing a novel for 20 years. That’s like a certain kind of stubborn determination, but to see so many people come and give their A-plus game just on the strength of something that I wrote has been immensely empowering for me and is something that I didn’t think I wanted, didn’t think I could do, and so I’m very grateful for it.

To be able to reach people and to have art that sounds like them and looks like them, that feels like them in their heart. This is all I’ve ever wanted to do.

Learn more about Jamey Hatley’s work at jameyhatley.com or follow her on Twitter @jameyhatley or IG @jameyconjures. You can also keep up with The Eureka Hotel @seetheeureka on Twitter and IG.