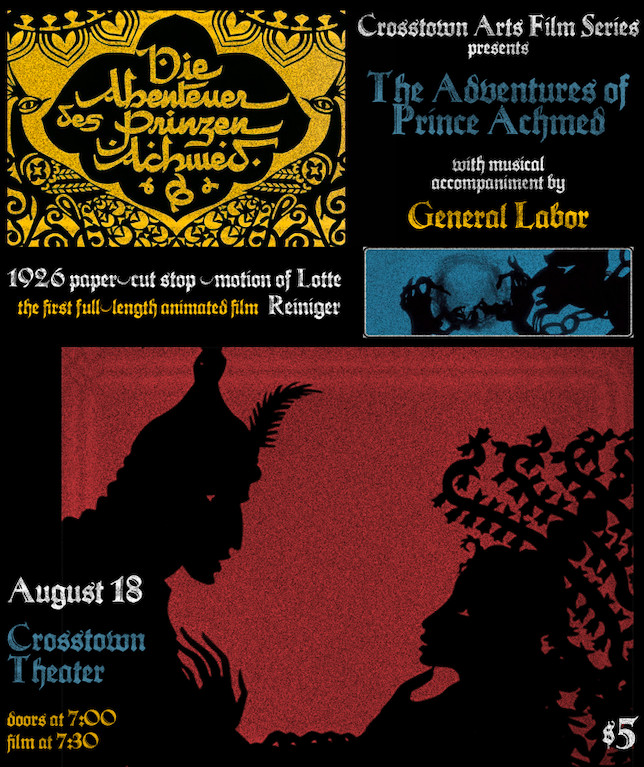 The Crosstown Arthouse Film Series Presents: The Adventures of Prince Achmed with a live score by General Labor

Lotte Reiniger & Carl Koch / 1926 / 65 minutes / Rated M
Tickets: $5 at the door
Films begin at 7:30 pm (sharp!) at Crosstown Theater
When THE ADVENTURES OF PRINCE ACHMED premiered to German audiences in 1926, it was hailed as the first full-length animated film. Taken from the tales known as the Arabian Nights, the film tells the story of a young prince tricked by a wicked sorcerer into mounting a magical, flying horse for a direct course to his own demise. Soaring headlong into a series of wondrous adventures, and joining forces with the likes of Aladdin and a fabled witch, the prince evades his fate by saving a beautiful princess and doing battle with the sorcerer’s army of monsters. This presentation of THE ADVENTURES OF PRINCE ACHMED will feature a new score written and performed by Memphis based new wave, no wave, post punk band GENERAL LABOR