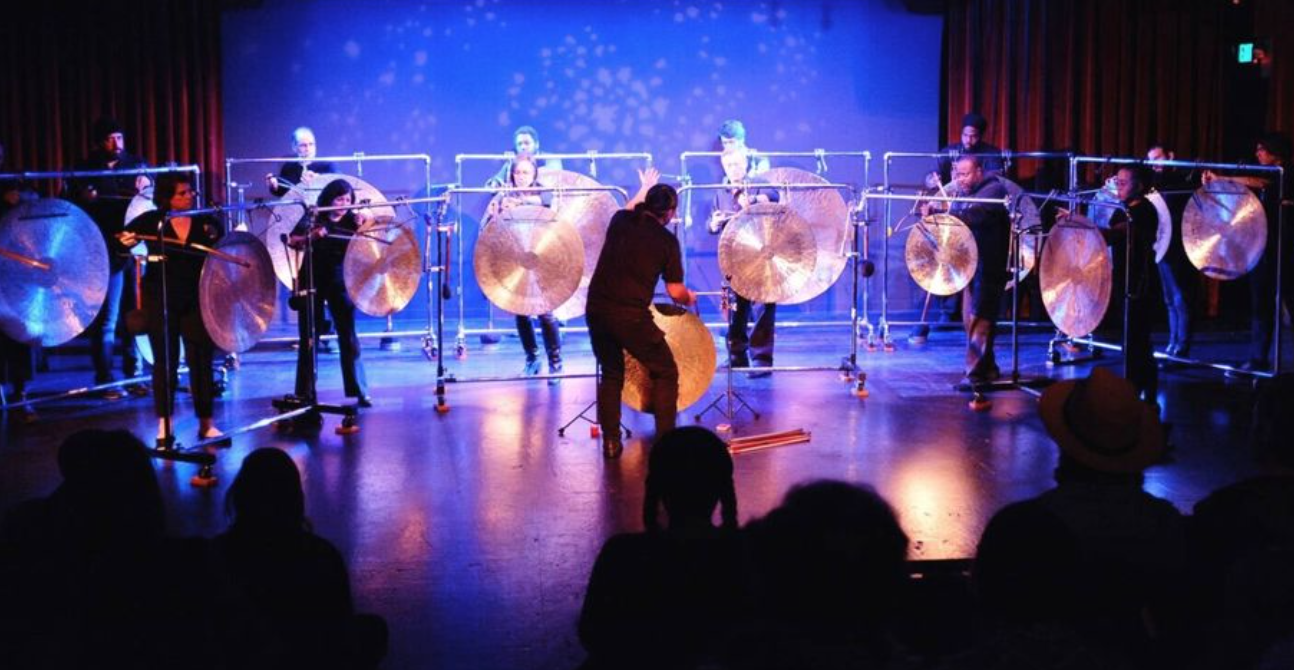 Tatsuya Nakatani is an avant-garde percussionist, composer, and artist of sound. This is his third Memphis visit and the first with his amazing Gong Orchestra, consisting of local participants.
Also performing will be Memphis Experimental harpist Yintang.
Active internationally since the 1990s, Nakatani has released over 80 recordings and tours extensively, performing over 150 concerts a year. His primary focus is his solo work and his large ensemble project, the Nakatani Gong Orchestra. He teaches master classes and lectures at universities and music conservatories around the world. Originally from Japan, he makes his home in the desert town of Truth or Consequences, New Mexico. With his activity in new music, improvisation, and experimental music, Nakatani has a long history of collaboration.
Nakatani’s distinctive music centered around his adapted bowed gong, supported by an array of drums, cymbals, and singing bowls. In consort with his personally hand-carved Kobo Bows, he has spent decades refining and developing his sound as an arrangement of formations of vibrations, incorporated in shimmering layers of silence and texture. Within this contemporary work, one can still recognize the dramatic pacing, formal elegance and space (ma) felt in traditional Japanese music.
His orchestra is composed of local players at each stop along his tour making each performance unique.
Doors at 6PM.
Performance at 7PM.

Presented by Goner Records with assistance from Off the Walls Arts and the Memphis Medical District Collaborative.