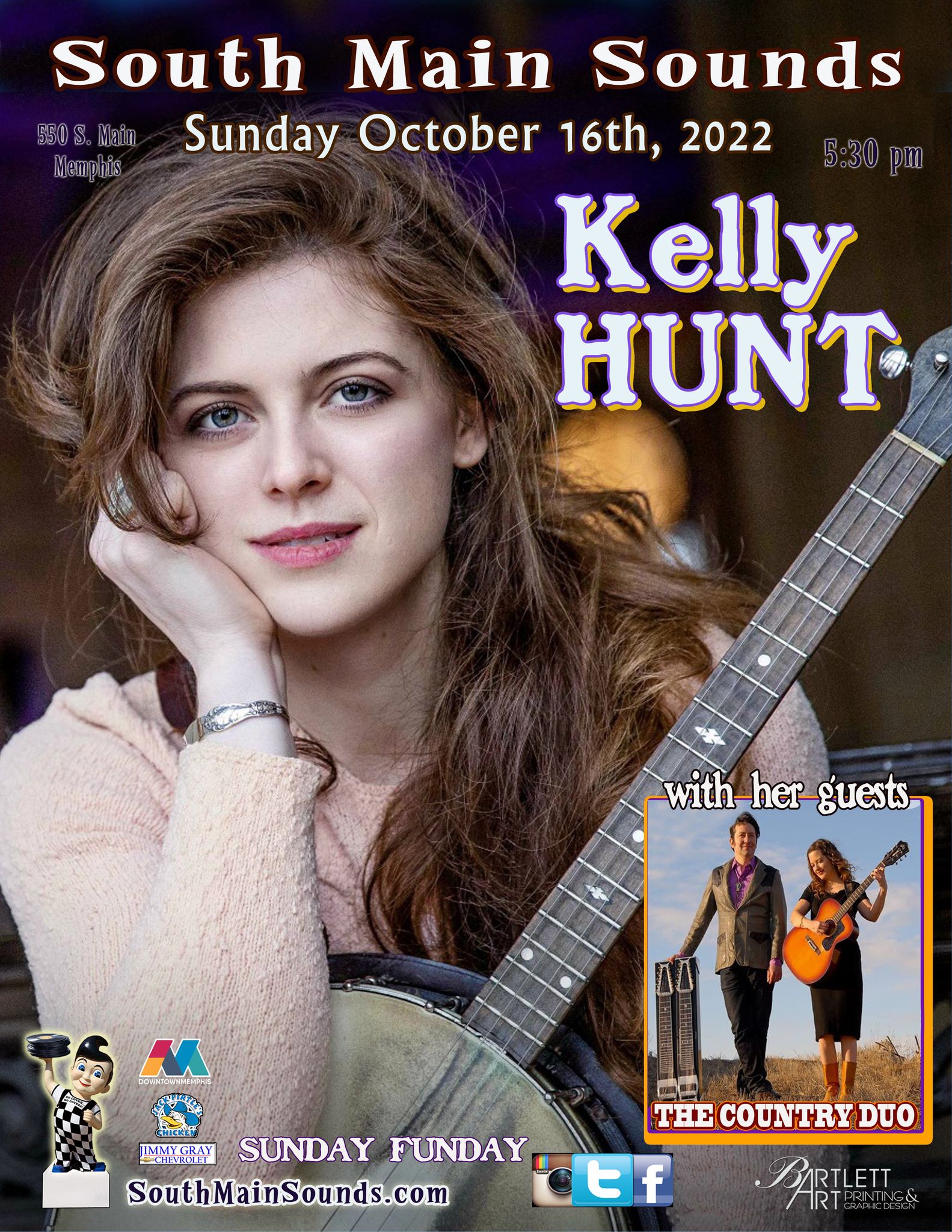 South Main Favorite Kelly Hunt returns with some friends for another great Sunday show!
Suggested donation: $10
Memphis-raised singer-songwriter Kelly Hunt paints stories as old and offbeat as her Depression-era tenor banjo, reimagining traditions of folk, blues & old-time music in a style that hovers beyond the constraints of genre à la Anaïs Mitchell & Gillian Welch. Hunt’s debut album, Even The Sparrow, was released in May 2019 and named as a finalist for the International Folk Music Awards “Album of the Year.” Her upcoming sophomore album, Ozark Symphony, was recorded with Grammy-winning musician & producer Dirk Powell and is slated for release in late 2022.
The Country Duo is comprised of Kansas City’s Kasey Rausch and Marco Pascolini. Armed with acoustic and electric guitars, a pedal steel, and a passion for good ol’ country music, you’ll hear them play Rausch’s original tunes as well as the classics from Patsy to Merle, Gram to Emmylou. Formed in 2015, the duo has played everywhere from The Station Inn in Nashville, TN, to the Mid-Coast Takeover in Austin, TX. Their debut EP was recorded live by invitation at the legendary Sun Studio in Memphis, Tennessee, and was filmed for the Sun Studio Sessions television show that aired across the US and Canada on PBS. They have shared bills with Grammy winner Roland White, Ray Bonneville, Tish Hinojosa, William Elliot Whitmore, The Elders and many more