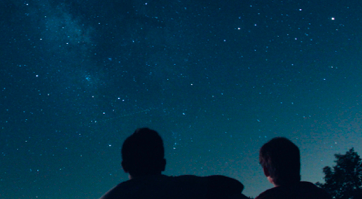 Stargazing on the Lawn

Our fall Stargazing event will feature the moon. Not only will we be gazing at the moon and a few planets, but will have a special guest speaker who worked on the Apollo program, Bill Wepner. He will talk about his experiences as a mission flight controller.

The event is just four days before a total lunar eclipse! This eclipse takes place in the predawn hours of Tuesday, November 8, so you’ll have to view it on-your-own. But, we’ll tell you in the planetarium when and how to view it. We also plan to commemorate the upcoming 50th anniversary of the final …ahem… rather the most recent moon landing – Apollo 17. This is the mission that brought back the lunar rock we have on display near the planetarium.

If weather permits, we will have telescopes ready to view the moon and some other heavenly bodies.

Enjoy a Variety of Astronomy Activities

Crazy Craters – The surface of the moon is covered with craters, but how did they get there? Learn how craters are made.

Moon Rocks – The Apollo missions brought back moon rocks, but what are they made out of, and what can we learn from them? Learn about rocks on the moon.

Children 2 and under FREE