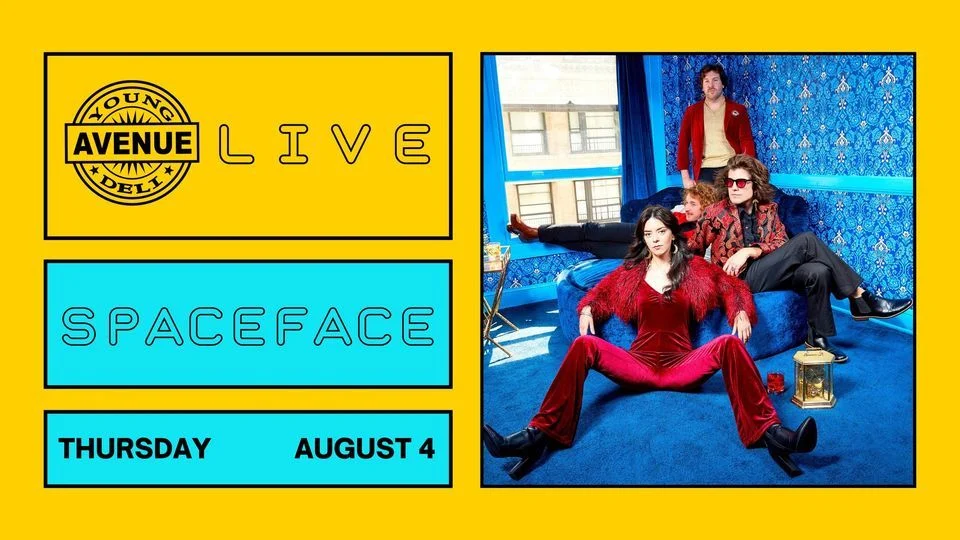 Spaceface is coming through and performing a free show at Young Ave Deli on August 4th with funk and soul experts DJ Leeroy and DJ Witness. It has been a while since the group performed in Memphis so this is sure to be a great party that you don’t want to miss.

Spaceface is a psychedelic pop band originally from Memphis, TN and now based in Los Angeles, CA. The group performs an interactive live show accompanied with an encompassing light show that blends perfectly with the band’s sound. In addition to the group being formed in midtown Memphis in 2012, the group has also done extensive work with Calvin Lauber at Young Avenue Sound in Memphis. The group has made a bit of a name for themselves with their latest release Anemoia, but is also known for their guitarist Jake Ingalls who was a contributing/touring member of The Flaming Lips from 2010-2021.