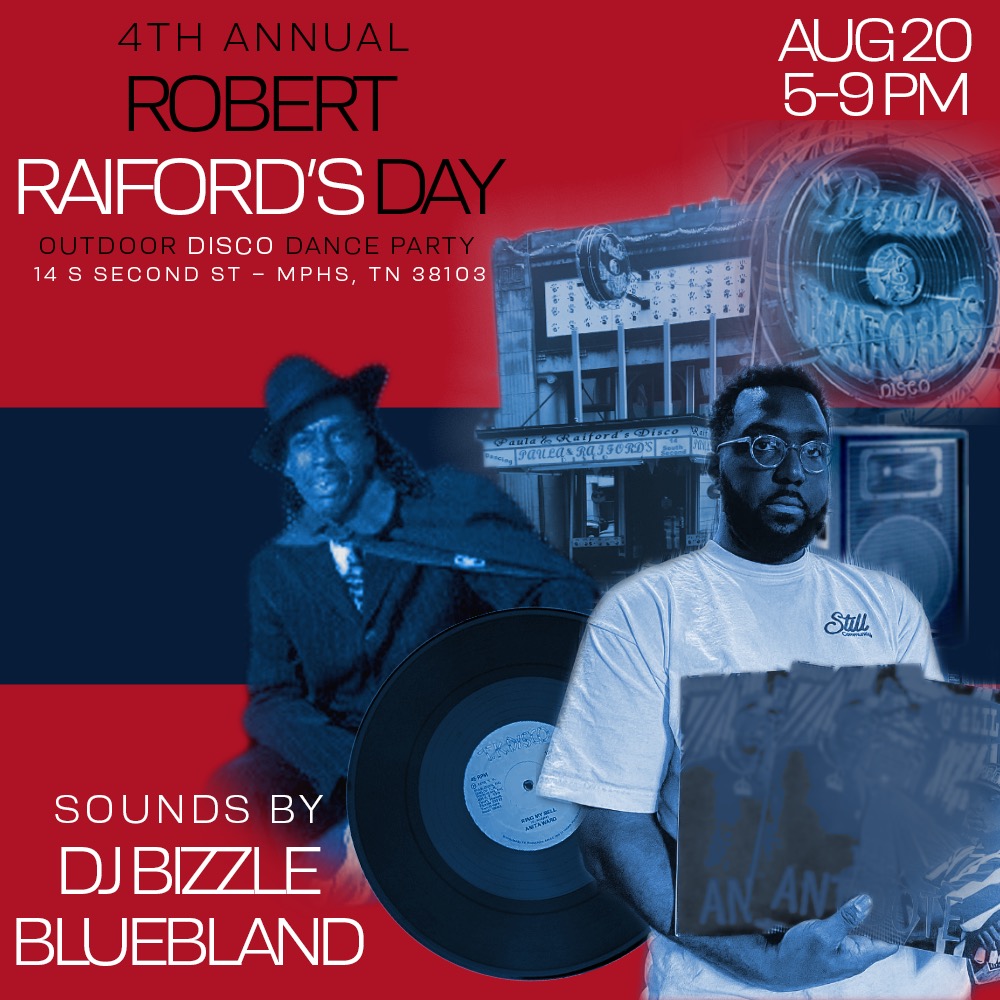 Robert Raiford’s Day is the celebration will be held 5-9 p.m. on August 20th in Floyd Alley, next to Paula & Raiford’s Disco, located at 14 S. 2nd St. The event is free to attend, but an RSVP is encouraged.
The entire event will take place outdoors and include a dance floor and DJ. There will be 40-oz Bud Lights available for purchase, as well as food from local food trucks. “Raiford Day” shirts will be given to attendees, and the normal Paula & Raiford’s Disco shirts will be sold during the celebration.
The City of Memphis will present the Raiford Day proclamation during the event.
The Memphis nightclub legend died in 2017 at age 75. Back in 1976 he opened Raiford’s Hollywood Disco at 115 Vance Ave. That venue, which became one of the city’s most notable nightclubs, remained open for more than three decades. Two years after closing the club in 2007, Raiford and his daughter Paula opened Paula & Raiford’s Disco on South Second Street, where it remains today.
“The event is celebrating his legacy of no discrimination and love and peace,” said Paula Raiford. “It’s not all about the club; he was very giving. He used to bring everyone together, no matter their age, income, race, size, sexual preference. You were treated the same.”
Paula plans on hosting an event every year on August 23, her father’s birthday.
“He left a special feeling in people that’s just beautiful,” she said about her dad.