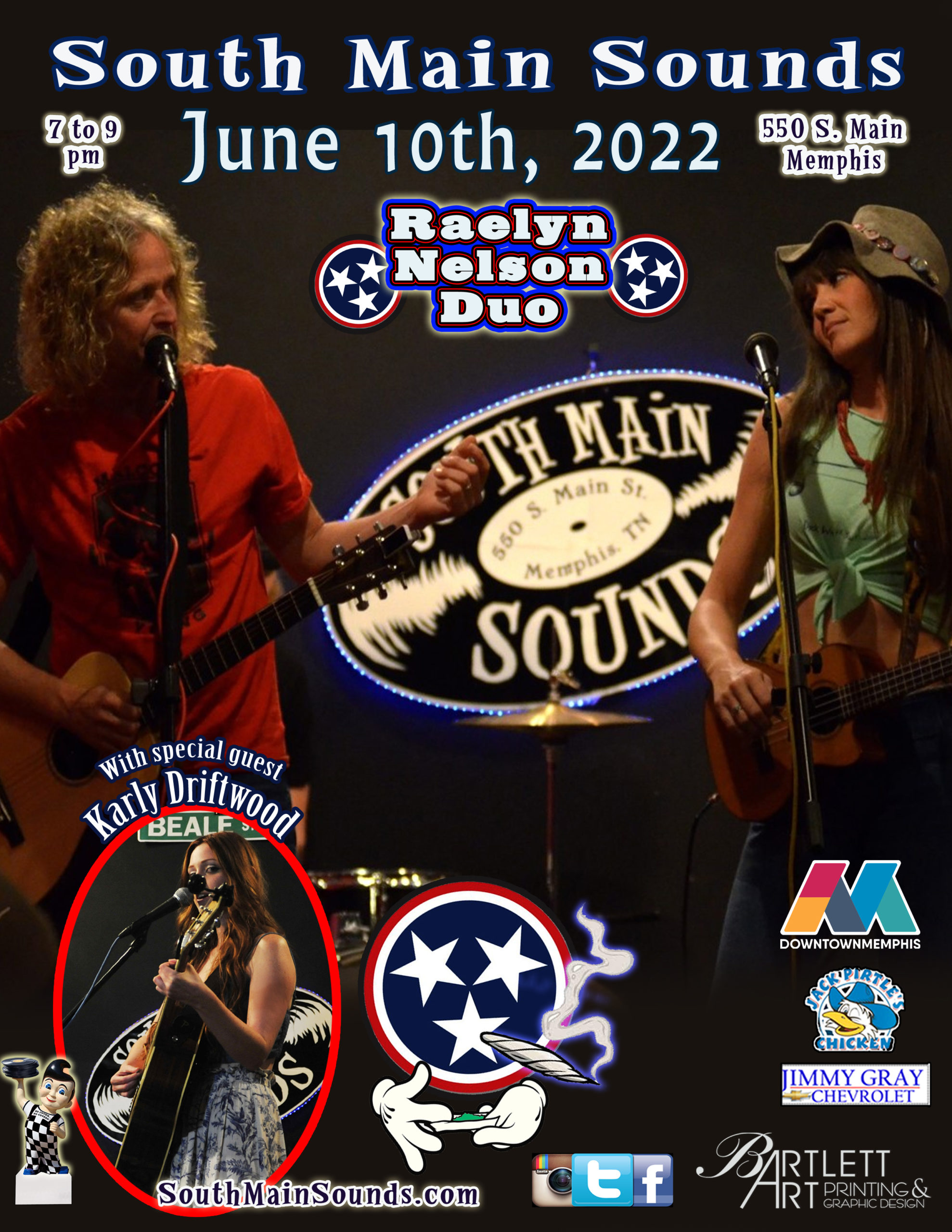 Willie’s talented Grandaughter returns with her partner in crime Jonathan Bright. Opening will be SMS favorite Karly Driftwood.
Karly brings her unique traditional country with an edge act back to her friends at South Main Sounds. More info on Raelyn Nelson and JB:
So what do you do if you are an emerging female country artist in Nashville, and also happen to be the granddaughter of musical icon, Willie Nelson?
You hook up with an independent producer and veteran of the rock/punk scene, write some songs that are part Loretta Lynn, part Cheap Trick, and form the Raelyn Nelson Band.
Raelyn Nelson has been singing since she can remember. Having been raised on a steady diet of traditional country and gospel music, a gift from her grandpa in the form of a guitar during her teenage years was the inspiration she needed to begin writing her own country and folk songs.
Looking for a place to record these songs, a mutual friend suggested JB – (Jonathan Bright), a veteran of the underground rock scene and independent producer. After recording some of these early songs, they decided to try to write some things together and see what happened.
The result? A completely fresh and original sound, a true hybrid referred to by some critics as “Country/Garage Rock.”
When they aren’t recording their songs or making music videos, they are on the road taking their high energy live show to the people.
Having shared the stage with such diverse musical acts as country superstar Tim McGraw, indie rock icons Drivin’ n Cryin’, and jam band supergroup Hard Working Americans, the RNB is proving that you don’t have to fit neatly into any particular “genre” to find success.
“I don’t really have any desire to be a ‘solo-artist’. Everyone in my family who plays music has always placed a lot of importance on band chemistry, on stage, off stage and in the studio. Our band can almost read each other’s minds. Why would I mess with that? We try to keep it simple: Write songs we like, record them, make a video, then go out and play them for people.”
– Raelyn Nelson