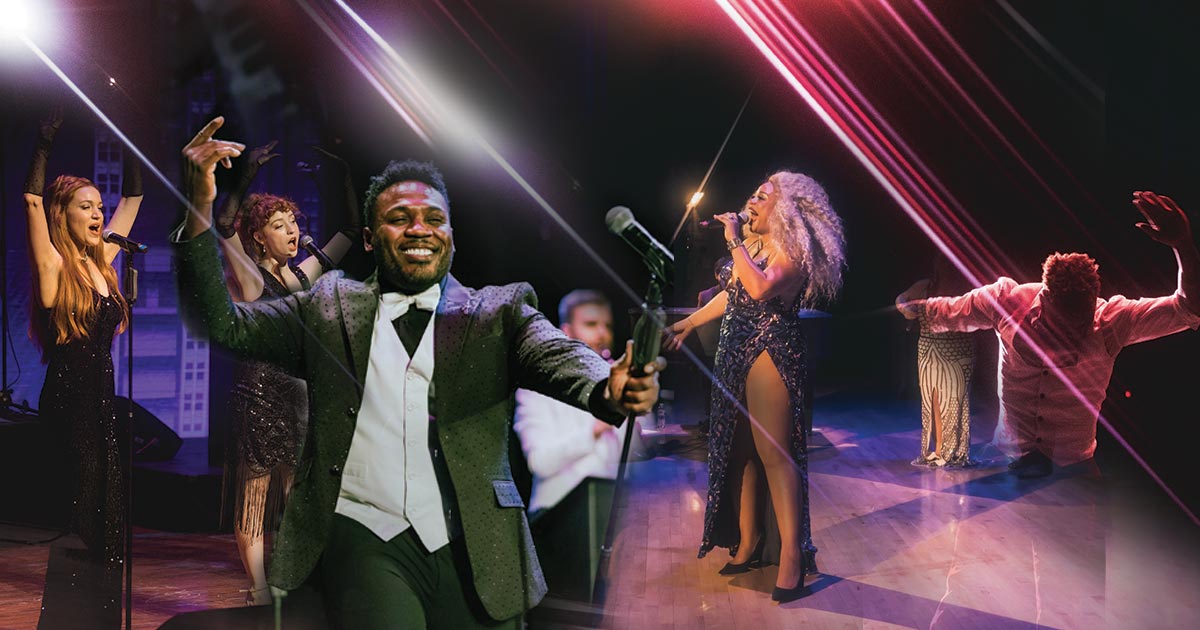 Since 2009, Scott Bradlee’s Postmodern Jukebox has become a worldwide sensation by giving modern pop hits a throwback twist, amassing fans around the world with their viral videos and globe-spanning tours. The band’s mash-up remakes let listeners sing along with Taylor Swift while swinging along with Louis Armstrong, or pump their fists to Guns N’ Roses while snapping their fingers to Jackie Wilson.

Postmodern Jukebox (PMJ) has gone on to amass over 1.2 billion YouTube views with 3.9 million subscribers, and have chalked up more than 2 million fans on Facebook. For the past half decade, PMJ has toured the world, playing hundreds of shows to sold-out houses on six continents. They’ve also performed on shows like “Good Morning America,” topped iTunes and Billboard charts, and caught the attention of NPR Music, NBCNews and a wide array of celebrity fans.