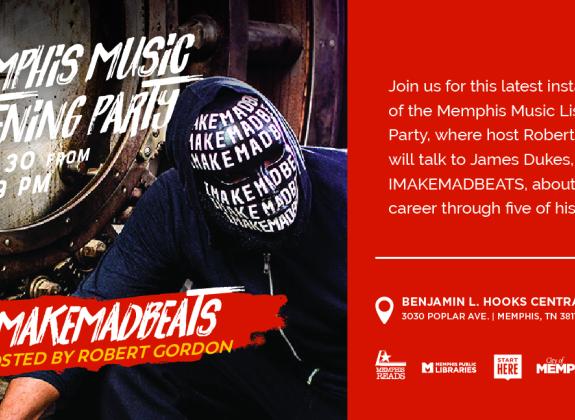 IMAKEMADBEATS, born James Dukes, is a Memphis native who grew up immersed in the city’s unmistakable sonic identity. But despite that definitive identity, he often felt disconnected from the creative paths supported here.

He wound up in Manhattan’s legendary Quad Studios, where he became a go-to ghost producer and found a new niche in scoring for film and television. Then, inspired by the idea that music could speak without words – a theme he would uphold years later with his debut instrumental EP Better Left Unsaid– he further developed the IMAKEMADBEATS persona and mask.

Join us for this latest installment of the Memphis Music Listening Party, where host Robert Gordon will talk to Dukes about his career through five of his songs.