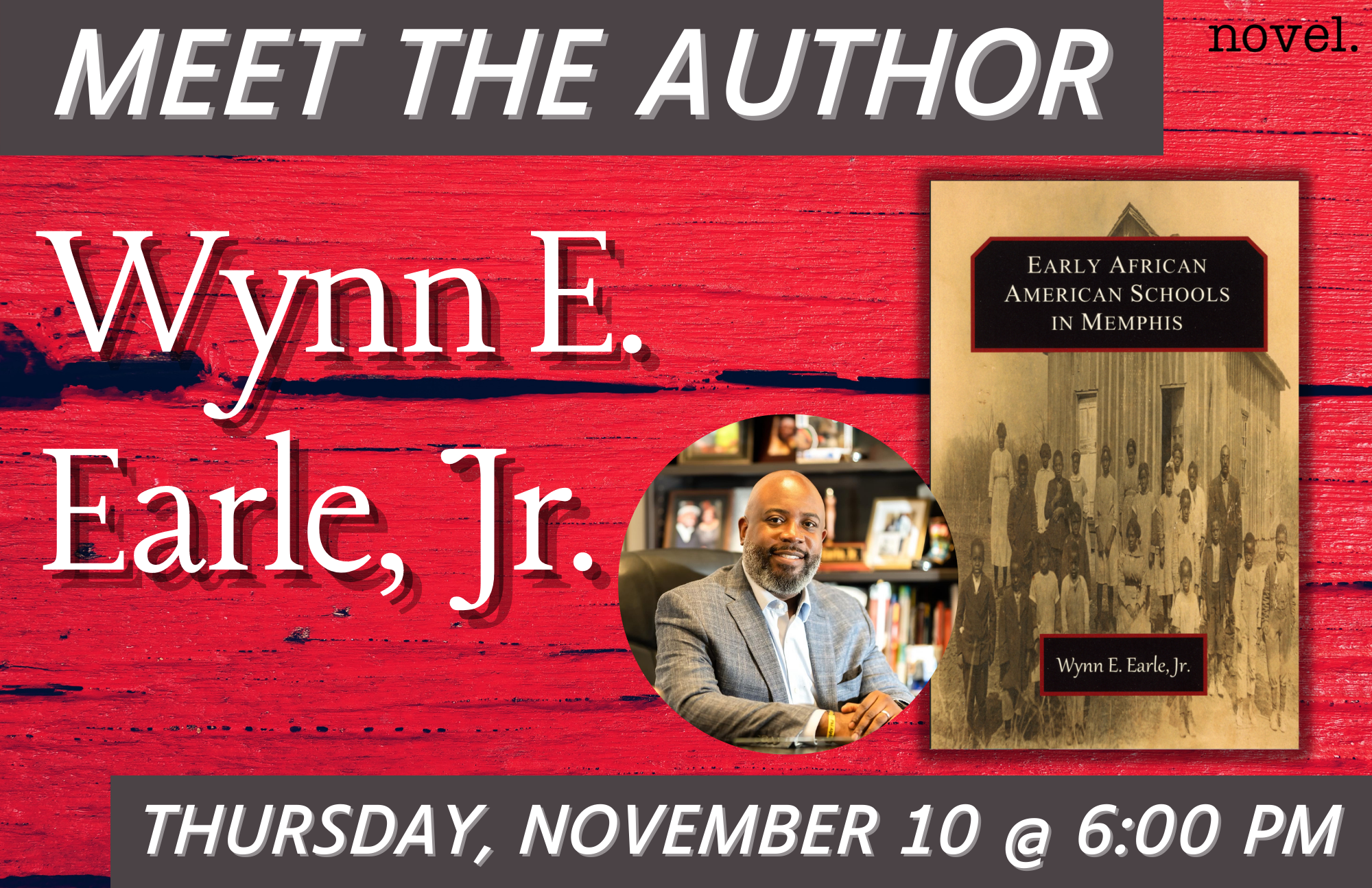 Join us as we welcome WYNN E. EARLE, JR. on Thursday, November 10 at 6:00 pm to celebrate the release of EARLY AFRICAN AMERICAN SCHOOLS IN MEMPHIS.

Memphis’s African American community, with the passing of the Emancipation Proclamation in 1863, placed a high priority on education. Four years after the first Freedmen School in the city, Clay Street School became the city’s first public school for African Americans. For 75 years, Clay Street, which became Kortrecht School in 1891 and Booker T. Washington High School in 1926, was one of only two schools in the city limits that graduated students in grade twelve. Many of the city’s top scholars, educators, athletes, attorneys, musicians, and doctors were products of this school. At the same time, several grammar schools were being established to serve the growing number of children who desired and deserved a formal education. From the old Porter School to the old Greenwood School, African American children in Memphis now had a place to learn and grow. This book showcases some of these early schools, teachers, and principals whose contributions continue to influence education in the city today.

Dr. Wynn Earle, Jr. is the author of EARLY AFRICAN AMERICAN SCHOOLS IN MEMPHIS. An elementary school principal by day and author by night, he received a Bachelor of Business Administration in Management Information Systems and a Master of Art in Education from the University of Memphis and earned a Doctorate in Instructional Leadership from Union University. A life-long Memphian and a lover of the arts, he has sung in artistic collaborations with Opera Memphis, Ballet Memphis and the Hattiloo Theatre. He is an avid reader and enjoys collecting vintage books, photographs, and ephemera that document early African American life in Memphis and around the United States. A member of Alpha Phi Alpha Fraternity, Inc., he spends his free time traveling and enjoying life with his wife, Clara.