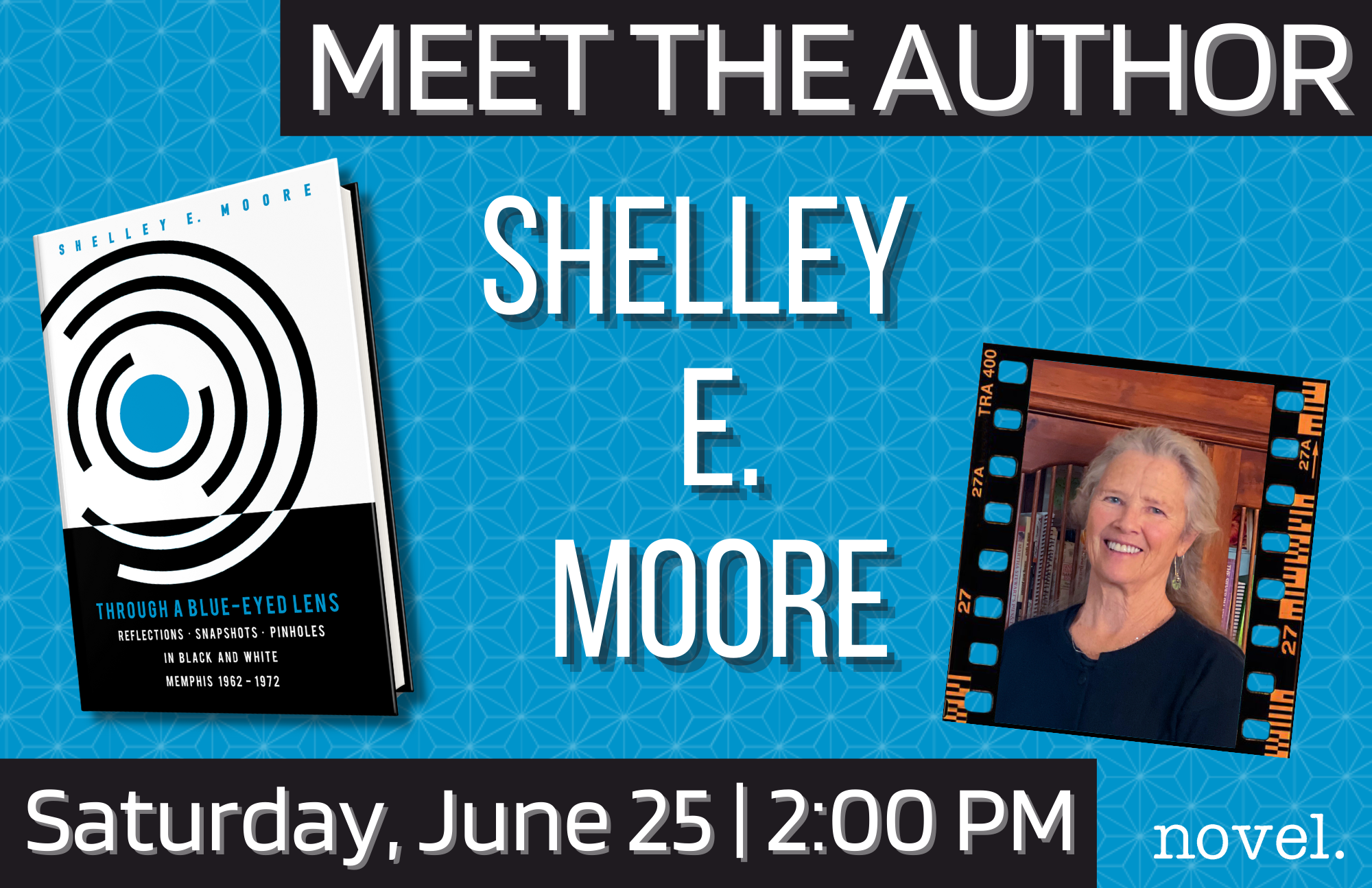 Join us as we welcome Shelley Moore on Saturday, June 25 at 2:00 pm to celebrate the release of  THROUGH A BLUE-EYED LENS.

Leaving Memphis in 1972 felt like survival. Returning to the city almost forty years later felt like a calling. In the spirit of coming to terms with her past while forging a new life chapter, Shelley has written her first book, THROUGH A BLUE-EYED LENS: REFLECTIONS, SNAPSHOTS, PINHOLES IN BLACK AND WHITE: MEMPHIS 1962-1972. She had to come home to write this memoir.

Her coming-of-age years in Memphis began in 1962 when Shelley, a Wyoming transplant, was still a sheltered and naive white girl. In 1967, her life changed in unimaginable ways, when she and a Black student decided to date. Shelley’s personal story is set against the dramatic backdrops of public school desegregation and the growing unrest of the civil rights movement.

Shelley has lived in locales stretching from New England to the Rockies to the Southwest. Her career paths have included caterer, restauranteur, home renovator, interior designer, gardener and, now, author. She is the proud mother of two sons and grandmother to four. Shelley spends winters in Memphis, TN and summers in her birthplace, Laramie, WY.