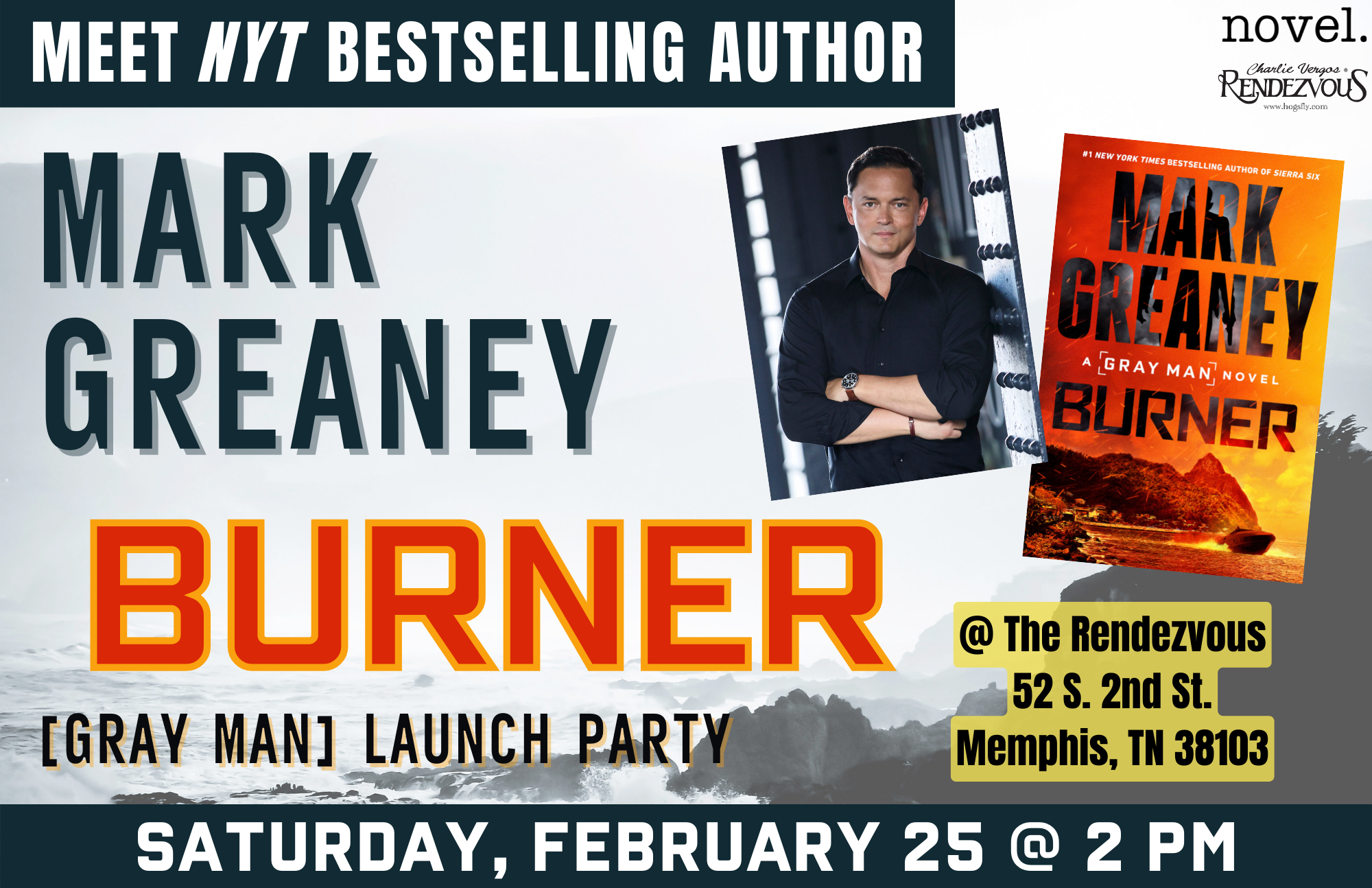 **Line tickets are required to meet the author and are free with the purchase of BURNER from Novel, on sale February 21. Line tickets will have a Group Letter on them. After the author has finished speaking, we will line up Groups A and B. If you have a line ticket with Group C or later, feel free to grab something to eat or drink while you wait.**

Court Gentry is caught between the Russian mafia and the CIA in this latest electrifying thriller in the #1 New York Times bestselling Gray Man series.

When you kick over a rock, you never know what’s going to crawl out.

Alex Velesky is about to discover that the hard way. He’s stolen records from the Swiss bank that employs him, thinking that he’ll uncover a criminal conspiracy. But he soon finds that he’s tapped into the mother lode of corruption. Before he knows it, he’s being hunted by everyone from the Russian mafia to the CIA.

Court Gentry and his erstwhile lover, Zoya Zakharova, find themselves on opposites poles when it comes to Velesky. They both want him but for different reasons.

That’s a problem for tomorrow. Today they need to keep him and themselves alive. Right now, it’s not looking good.

Mark Greaney’s research for the Gray Man novels, including Sierra Six, Relentless, One Minute Out, Mission Critical, Agent in Place, Gunmetal Gray, Back Blast, Dead Eye, Ballistic, On Target, and The Gray Man, has taken him to more than thirty-five countries, and he has trained alongside military and law enforcement in the use of firearms, battlefield medicine, and close-range combative tactics. With Marine LtCol Rip Rawlings, he wrote the New York Times bestseller Red Metal. He is also the author of the New York Times bestsellers Tom Clancy Support and Defend, Tom Clancy Full Force and Effect, Tom Clancy Commander in Chief, and Tom Clancy True Faith and Allegiance. With Tom Clancy, he coauthored Locked On, Threat Vector, and Command Authority.