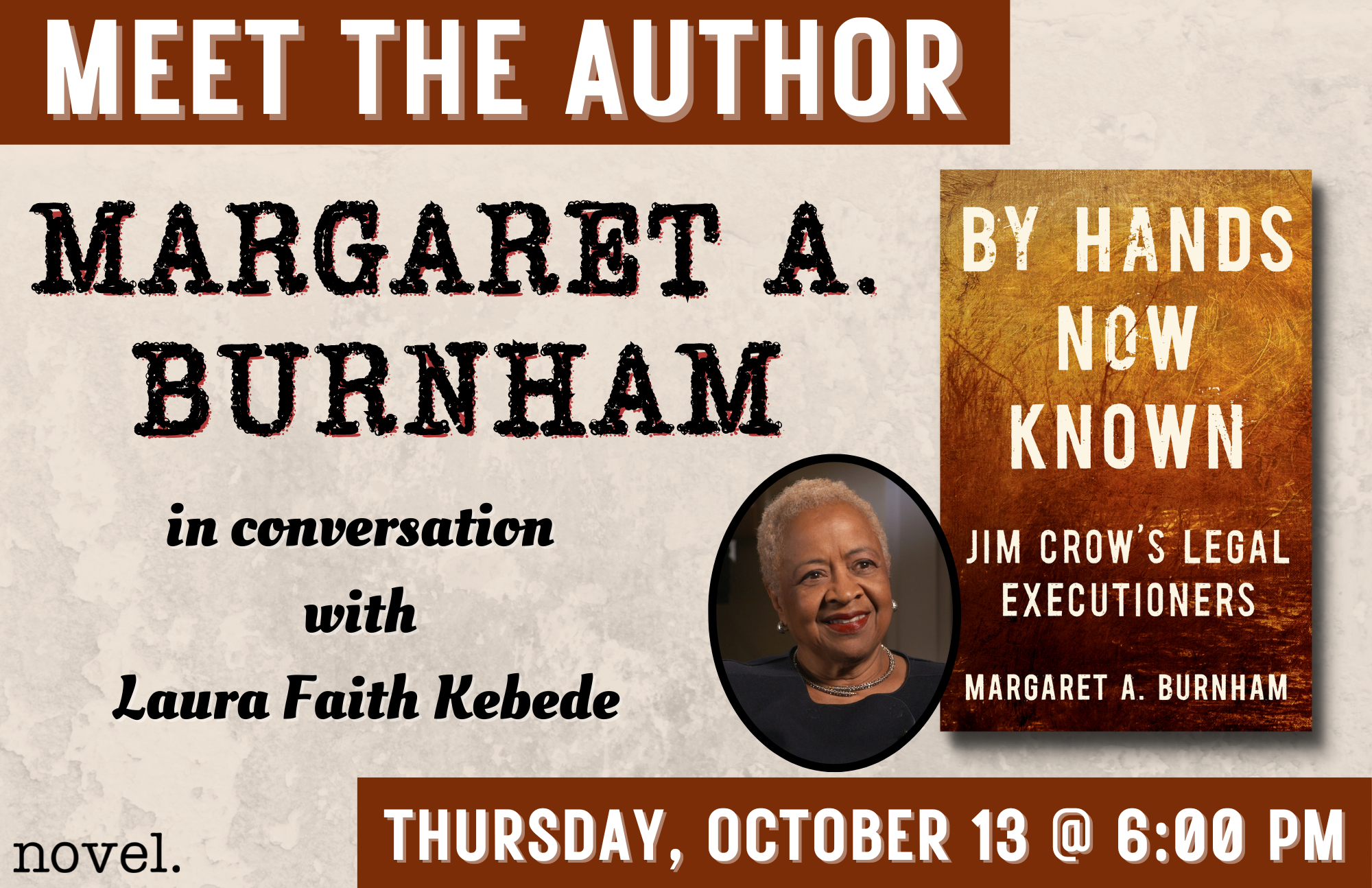 MEET THE AUTHOR: MARGARET A. BURNHAM IN CONVERSATION WITH LAURA FAITH KEBEDE

Join us as we welcome MARGARET A. BURNHAM in conversation with LAURA FAITH KEBEDE on Thursday, October 13 at 6:00 pm to celebrate the release of BY HANDS NOW KNOWN: JIM CROW’S LEGAL EXECUTIONERS.

A paradigm-shifting investigation of Jim Crow–era violence, the legal apparatus that sustained it, and its enduring legacy, from a renowned legal scholar.

If the law cannot protect a person from a lynching, then isn’t lynching the law?

In BY HANDS NOW KNOWN, Margaret A. Burnham, director of Northeastern University’s Civil Rights and Restorative Justice Project, challenges our understanding of the Jim Crow era by exploring the relationship between formal law and background legal norms in a series of harrowing cases from 1920 to 1960. From rendition, the legal process by which states make claims to other states for the return of their citizens, to battles over state and federal jurisdiction and the outsize role of local sheriffs in enforcing racial hierarchy, Burnham maps the criminal legal system in the mid-twentieth-century South, and traces the unremitting line from slavery to the legal structures of this period, and through to today.

Drawing on an extensive database, collected over more than a decade and exceeding 1,000 cases of racial violence, she reveals the true legal system of Jim Crow, and captures the memories of those whose stories have not yet been heard.

MARGARET A. BURNHAM is the founding director of the Civil Rights and Restorative Justice Project at Northeastern University School of Law and has been a staffer for the Student Nonviolent Coordinating Committee, a civil rights lawyer, a defense attorney, and a judge. A professor of law, she was nominated by President Biden and confirmed by the US Senate to serve on the Civil Rights Cold Case Records Review Board. In 2010 she headed a team in a landmark case that settled a federal lawsuit in which Mississippi law enforcement officials were accused of assisting Klansmen in the 1964 kidnapping, torture, and murder of two nineteen-year-olds, Henry Dee and Charles Eddie Moore. She lives in Boston, Massachusetts.