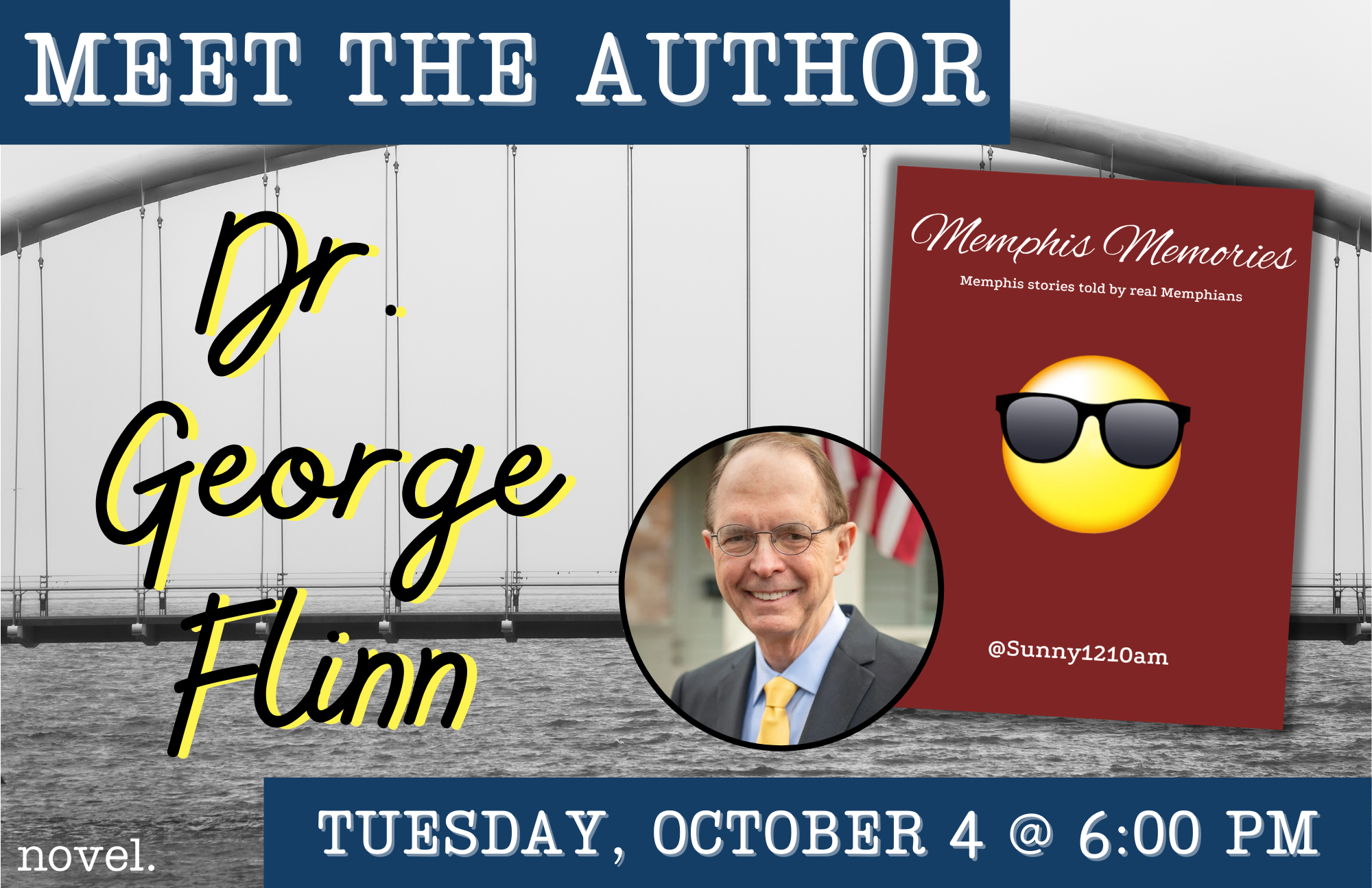 Join us as we welcome DR. GEORGE FLINN on Tuesday, October 4 at 6:00 pm to celebrate the book

**Can’t attend an event?  Don’t miss out on signed copies!  You can order autographed copies of this book by going here and leaving your personalization instructions in the comments at checkout! Your books will be signed and ready for pickup or shipping the day after the event.**

Dr. George S. Flinn, a native of Memphis, attended East and Central High Schools. He worked his way through college at the University of Mississippi, where he earned a Bachelor of Science in Electrical Engineering. He earned his medical degree from the University of Tennessee in 1969 and completed his Radiology Residency at Methodist Hospital (now Methodist UT Hospital).

Following his internship at Barnes Hospital (Washington University) in St. Louis, he was appointed by the President of the United States to the National Institutes of Health in Washington, DC. It was there that he served as a Lt. Commander in the United States Public Health Service and founded the Ultrasound section of the Radiology Department at the Clinical Center at National Institutes of Health in Bethesda, MD.

Upon returning home to Tennessee, Dr. Flinn started an outpatient radiology practice. He combined electrical engineering, radio, and medicine to be one of the first to develop the practice of teleradiology, providing diagnoses to patients in any part of the county in a rapid and convenient manner. He also served the citizens of Shelby County for six years as County Commissioner.

Today, Dr. Flinn has seven radiology offices that serve West Tennessee and North Mississippi. He has several previously published works including nonfiction and specialty medical literature. He is the owner of Flinn Broadcasting, which operates 40 radio and television stations throughout the country. Dr. Flinn and the phone calls that make up MEMPHIS MEMORIES can be heard every day on Sunny Radio, which broadcasts on 103.1 FM and 1210 AM in Memphis, 103.9 in Eastern Arkansas, and online at sunny1210.com.