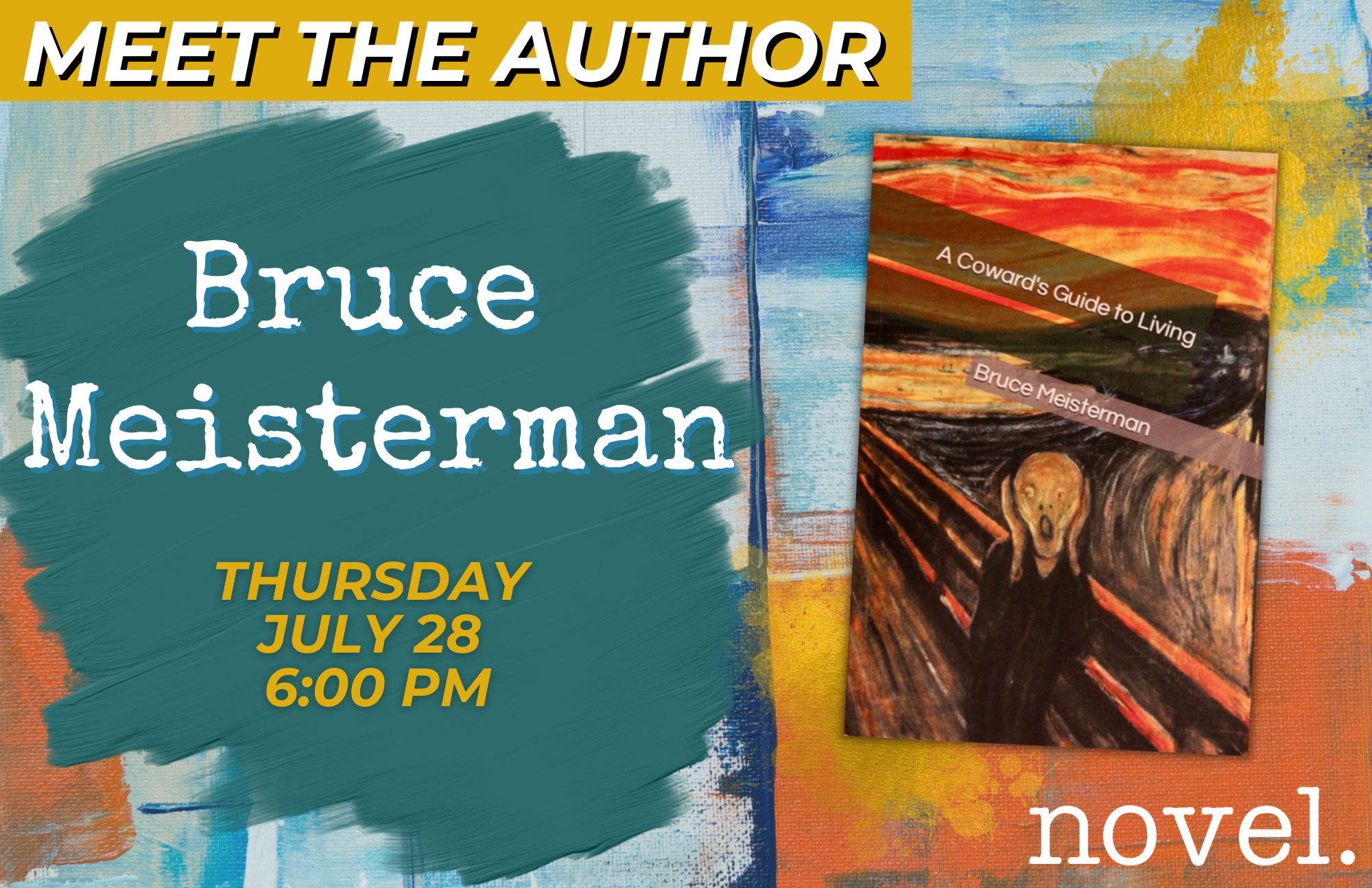 Join us as we welcome Bruce Meisterman on Thursday, July 28 at 6:00 pm to celebrate the release of  A COWARD’S GUIDE TO LIVING.

Most people start their morning off with a cup of coffee. Not so for Jacob Will who instead was attending the unexpected funeral of his best friend, Farry Poland. What made it doubly worse was that his friend had taken his own life, leaving behind two letters for Jacob: one to be opened after the funeral, the second not until Jacob had completed eleven little deaths of his own. As only a best friend could know, Farry knew Jacob had issues that had stalled him from realizing the person he really was: he was fearful and he was a coward. And now Jacob was about to have his own coming-of-middle-age story. Better late than never, right?

Jacob’s story can be described as Thelma and Louise going on an Homeric odyssey, minus Louise and the inevitable car crash. He will have among many other things: been assaulted, destroyed a perfectly good bottle of French Champagne, been robbed, had his fortune told (twice!), searched for aliens, found and lost love, and been inspired before realizing it was death that gave him his life back.