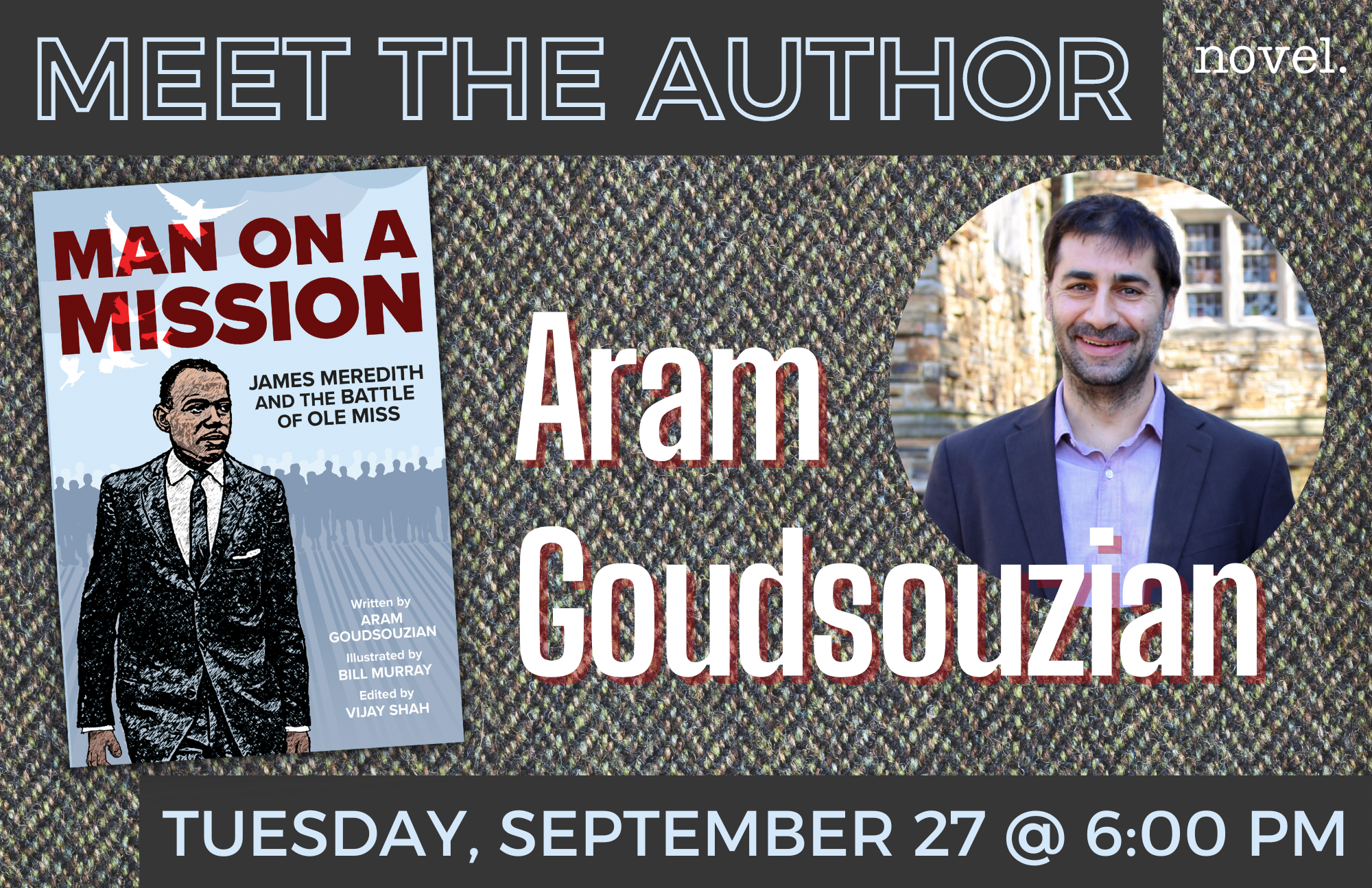 Join us as we welcome ARAM GOUDSOUZIAN on Tuesday, September 27 at 6:00 pm to celebrate the release of MAN ON A MISSION: JAMES MEREDITH AND THE BATTLE OF OLE MISS

**Can’t attend an event?  Don’t miss out on signed copies!  You can order autographed books for this event by going here: https://www.novelmemphis.com/event/aram-goudsouzian-man-mission and leaving your personalization instructions in the comments at checkout! Your books will be signed and ready for pickup or shipping the day after the event.**

In 1962, James Meredith famously desegregated the University of Mississippi (a.k.a. Ole Miss). As the first Black American admitted to the school, he demonstrated great courage amidst the subsequent political clashes and tragic violence. After President Kennedy summoned federal troops to help maintain order, the South—and America at large—would never be the same.

Man on a Mission depicts Meredith’s relentless pursuit of justice, beginning with his childhood in rural Mississippi and culminating with the confrontation at Ole Miss. A blend of historical research and creative inspiration, this graphic history tells Meredith’s dramatic story in his own singular voice.

From the dawn of the modern civil rights movement, Meredith has offered a unique perspective on democracy, racial equality, and the meaning of America. Man on a Mission presents his captivating saga for a new generation in the era of Black Lives Matter.

Aram Goudsouzian is the Bizot Family Professor of History at the University of Memphis, where he teaches courses on the civil rights movement, the modern United States, and the history of American sports. His previous books include: The Men and the Moment: The Election of 1968 and the Rise of Partisan Politics in America, Down to the Crossroads: Civil Rights, Black Power, and the Meredith March Against Fear, King of the Court: Bill Russell and the Basketball Revolution, and Sidney Poitier: Man, Actor, Icon.