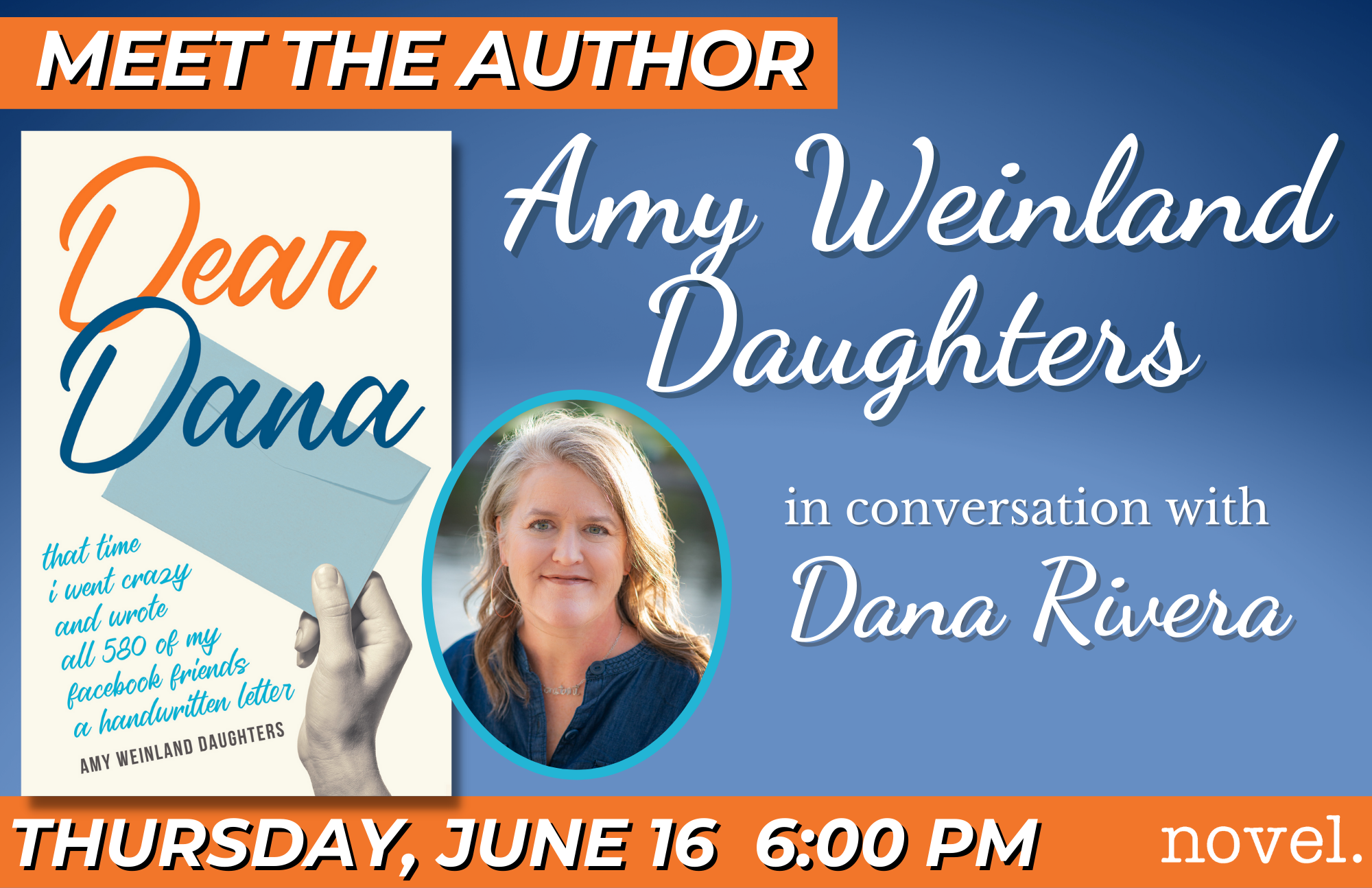 Join us as we welcome Amy Weinland Daughters in conversation with Dana Rivera on Thursday, June 16 at 6:00 pm to celebrate the release of  DEAR DANA: THAT TIME I WENT CRAZY AND WROTE ALL 580 OF MY FACEBOOK FRIENDS A HANDWRITTEN LETTER.

When Amy Daughters reconnected with her old pal Dana on Facebook, she had no idea how it would change her life. Though the two women hadn’t had any contact in thirty years, it didn’t take them long to catch up–and when Amy learned that Dana’s son Parker was doing a second stint at St. Jude battling cancer, she was suddenly inspired to begin writing the pair weekly letters.

When Parker died, Amy–not knowing what else to do–continued to write Dana. Eventually, Dana wrote back, and the two became pen pals, sharing things through the mail that they had never shared before. The richness of the experience left Amy wondering something: If my life could be so changed by someone I considered “just a Facebook friend,” what would happen if I wrote all my Facebook friends a letter?

A whopping 580 handwritten letters later Amy’s life, and most of all her heart, would never, ever, be the same again. As it turned out, there were actual individuals living very real lives behind each social media profile, and she was beautifully connected to each of those extraordinary, flawed people for a specific reason. They loved her, and she loved them. And nothing–not politics, beliefs, or lifestyle–could separate them.

A native Houstonian and a graduate of The Texas Tech University, Amy W. Daughters has been a freelance writer for the past decade. Mostly covering college football but sometimes talking about her feelings, her debut novel, You Cannot Mess This Up: A True Story That Never Happened (June 2019, She Writes Press), was selected as the Silver Winner for Humor in the 2019 Foreword INDIES and the Overall Winner for Humor/Comedy in the 2020 Next Generation Indie Awards. An amateur historian, hack golfer, delusional model and a regular on the ribbon dancing circuit, Amy – a proud former resident of Blackwell, England and Dayton, Ohio – currently resides in Tomball, Texas, a suburb of Houston. She is married to a foxy computer person, Willie (54), and the mother of two amazing sons – Will (24) and Matthew (16).