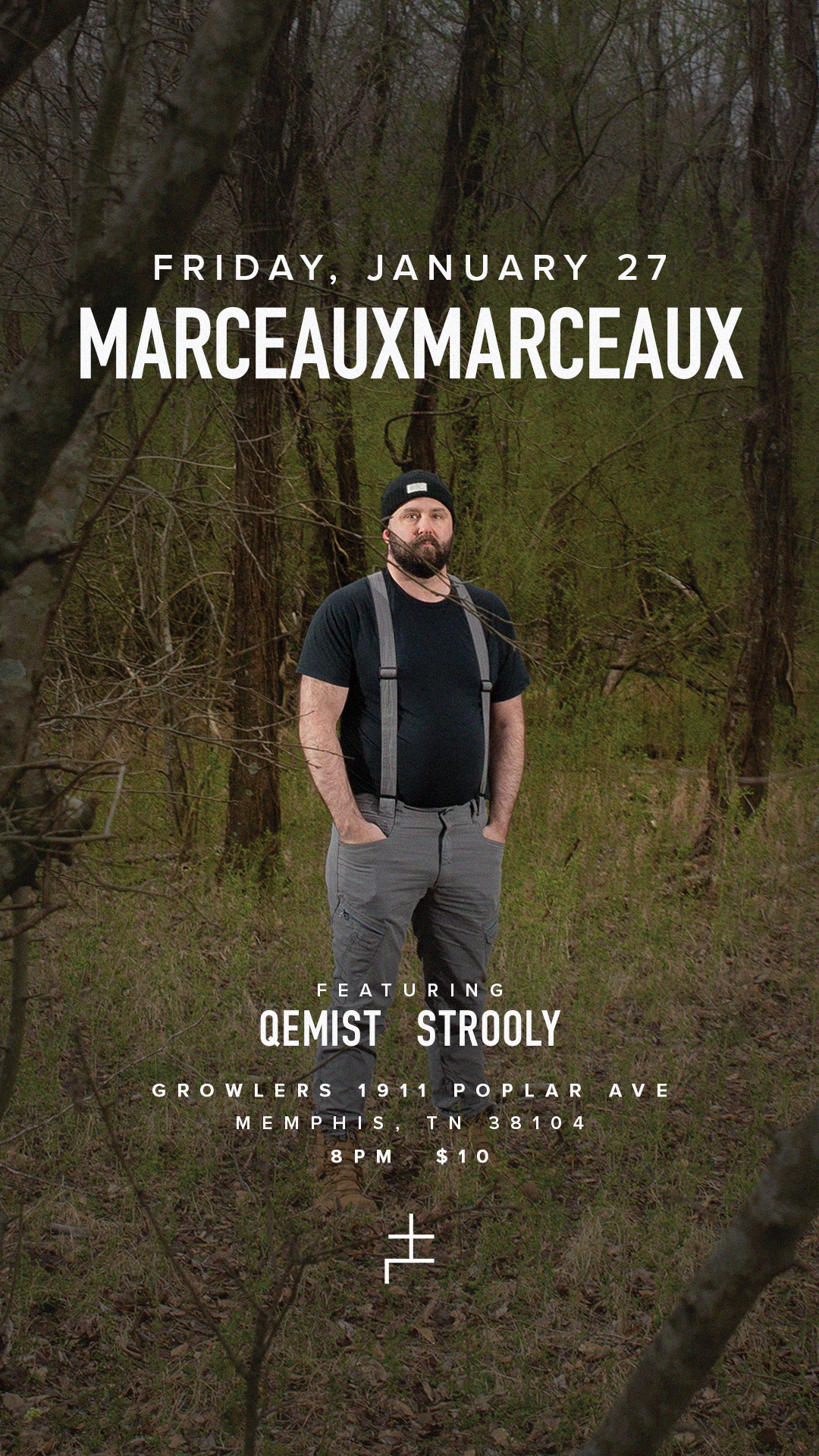 MarceauxMarceaux (aka Matt Ladner), from Memphis, TN, is a producer, designer, developer and dad who’s work demonstrates how life extends beyond its own subjective limits and often tells a story about the effects of global cultural interaction over the latter half of the twentieth century.

Memphis, Tennessee’s Michael Ivy (aka Qemist) is part of a new generation of beat makers carving out his own niche in the Memphis music scene. When one thinks of this Blues music mecca, you’re more likely to think of Elvis or B.B.King than underground footwork and chill electronica, but that’s where Qemist shines. His music is inspired by everything from Japanese culture to 70s French Jazz, creating the perfect balance of bouncy club and cerebral vibes.

Micah (aka Strooly) is a Memphis, TN based producer, designer, founder and one-half owner of Future-Everything. Strooly’s production style references his classical training on piano, guitar and percussion as well as his natural love for technology and story-telling.