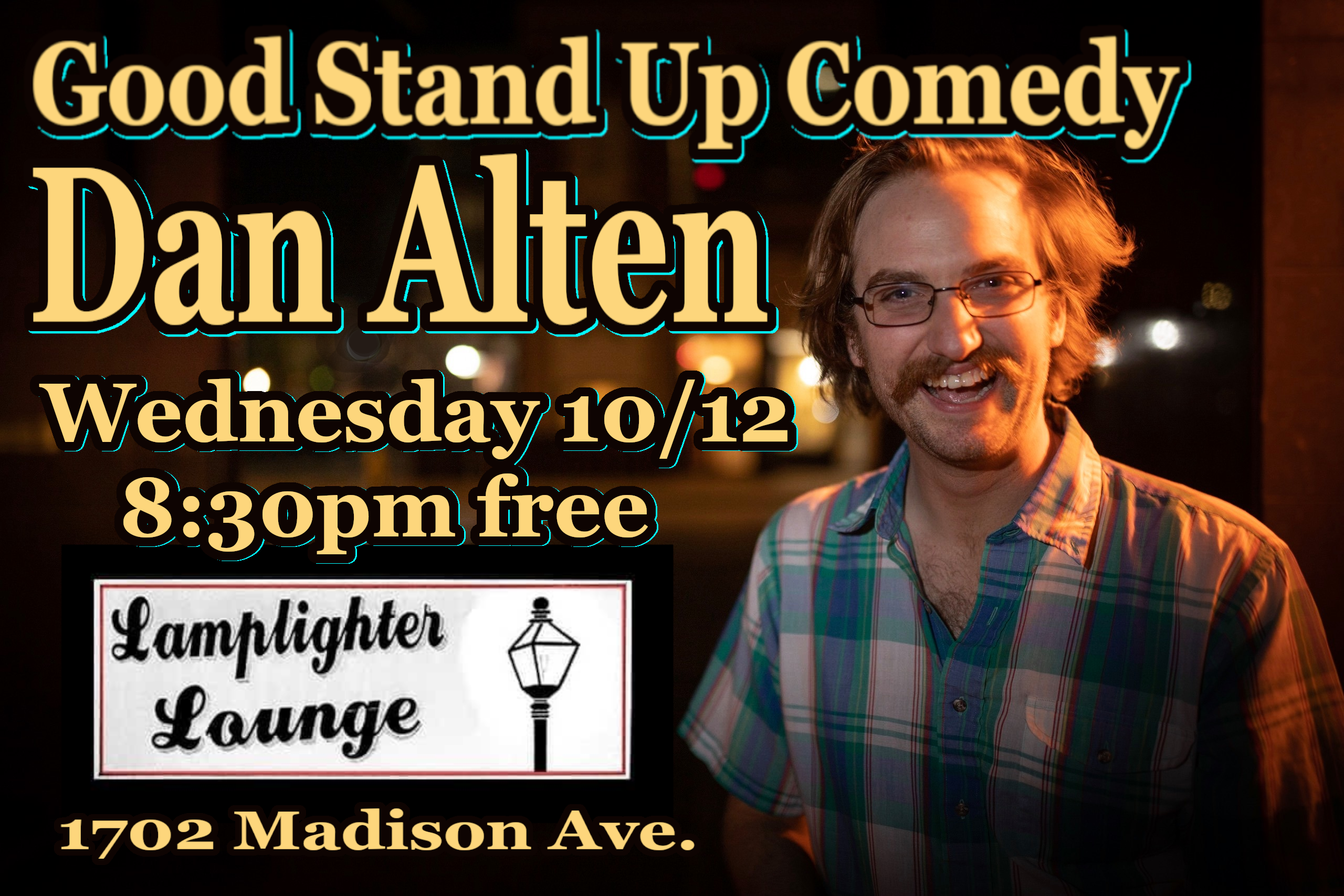 Dan Alten is a nationally touring intelligent idiot from Kentucky who has headlined shows in 30 states playing everything from theaters to punk basements to art galleries to beloved comedy clubs. He has opened for Kyle Kinane, Rory Scovel, Sarah Sherman from SNL, Johnny Pemberton, Hari Kondabolu, rapper Open Mike Eagle, DJ Doug Pound & David Leibe Hart from Tim & Eric, various punk bands with silly names, and a guy at an open mic who tried to throw his father’s ashes into the crowd. He has recorded 2 albums, written a zine, and filmed a pilot for an Amazon Prime stand up show that has still not aired. You will enjoy him and if not you can shoot a firework at his head.
8:30pm.
free.