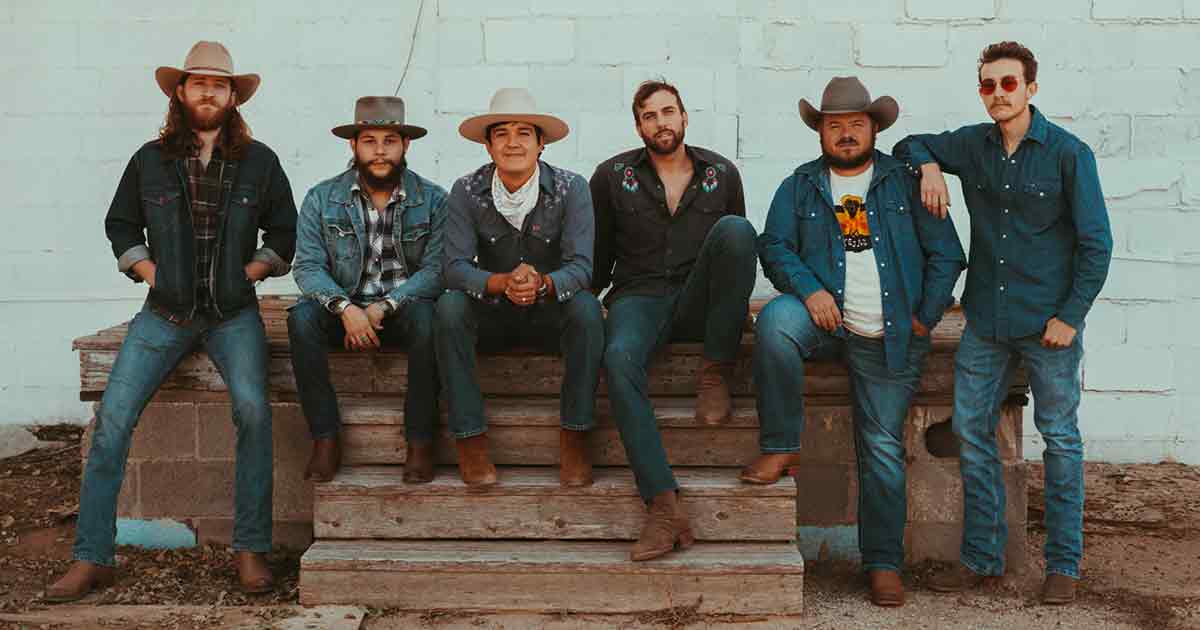 Lubbock roots-country outfit Flatland Cavalry straddles that line between the Panhandle and the badlands of West Texas with their bright, earthy country ballads and gritty folk ramblers. Vocalist and chief songwriter Cleto Cordero’s honest, smooth songwriting revolves around the vernacular world of West Texas that he’s constructed with dusty, sun-soaked character sketches, brooding self-evaluations, and candid love songs that all have the ability to turn into singalong anthems.   Formed in 2012, guitarist Reid Dillon, bassist Jonathan Saenz, and drummer Jason Albers joined Cordero, quickly garnering the attention of the masses with the release of the debut EP, Come May, in the spring of 2015. Building off successes of Come May, the group released Humble Folks in 2017 and have added Wesley Hall on fiddle and Adam Gallegos as a utility player. In early 2019 the band released their second full length album Homeland Insecurity, followed by their third album Welcome to Countrvland in 2021.