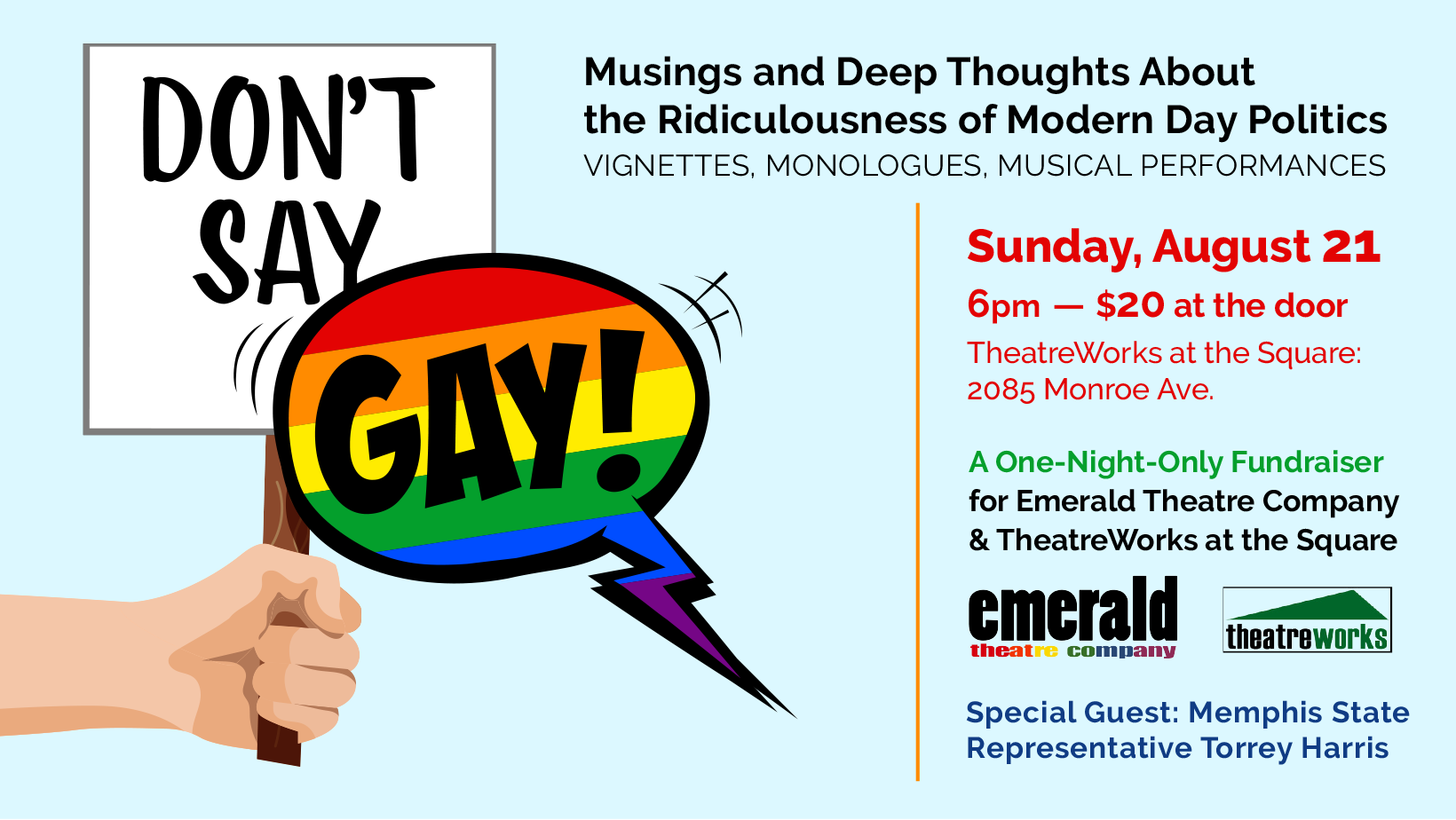 Don’t Say Gay!!: Musings and Deep Thoughts about the Ridiculousness of Modern-Day Politics

Don’t Say Gay! Musings and Deep Thoughts about the Ridiculousness of Modern-Day Politics

A one-night only fundraising event for Emerald Theatre Company and TheatreWorks at the Square.

Featuring vignettes, monologues, and musical performances from over 20 actors in the Memphis area that spotlight the humor, harassment, and heart-breaking ideals and laws several states are enacting against LGBTQ people.

Some of the themes and performances include DEBUNKING DISNEY, by playwright Joe Godfrey, about an angry, middle-aged white male with a strong whiff of MAGA and conspiracy theories hovering within addressing the audience with his view on Disney and in support of the “Don’t Say Gay” bill and DON’T PEE STRAIGHT by Matt Hanf about a trans male student and his principal having an interesting discussion about bathrooms and choices.  Audiences are guaranteed a laugh as SOBER HATES and DEBBIE CAKES by Jerico Blue is performed. It is about a down home good ole girl who has a conversation with a friend about the true meaning of friendship and the hypocrisy of being a judgmental Christian…with the help of some snake cakes. There is also THE BLOOM IS OFF THE HETEROS by Allison Fradkin about an overzealous mom with a humorous dose of Jewish wit and wisdom as she applauds her daughters coming out.