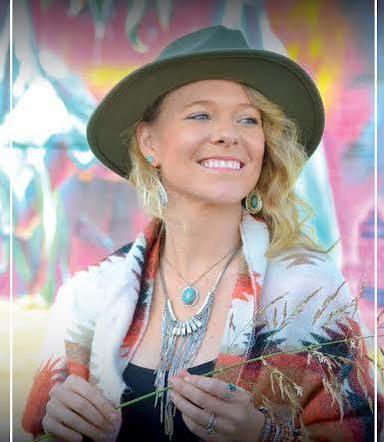 Amber Rae Dunn and the Mulberries

Crosstown Arts presents singer/songwriter Amber Rae Dunn in the Green Room.
Nominated for both Female Vocalist of the Year and Entertainer of the Year for three years in a row by the Tennessee Music Awards Amber Rae Dunn and her band “Amber Rae Dunn and the Mulberries” have an infectious way of captivating their audiences and making them feel like part of the show. Since the release of her first original album “Arkansas Line” in 2017 recorded with two-time Grammy award winning producer Mark Goodman & Andrew Cabigao at MGP The Studio featuring Rex Wiseman of the Oak Ridge Boys amongst others, Dunn has performed fearlessly on every stage she’s set foot on. After winning NASH Next Top Regional artist for the Mid-South last year Jessica Northey a digital consultant with Finger Candy Media and one of Forbes Top 50 Power Influencer’s said, “I love how Pure Country [she is]. It’s one of the biggest things missing in country music these days. The country part!” She’s opened for big name country acts such as Gary Allen, Radio Romance, Jordan Davis, and the Rhodes Show. Through these experiences she’s learning more and more each day about the demand this industry can have, but if anyone is up for the challenge it’s Amber. She’s currently held title as Memphis Songwriters Associations Vice President for two years and Co-Hosts a songwriter showcase in Memphis each week called “Meet Me in Memphis” at South Main Sounds while working part-time as a visiting teacher with the Delta Arts since graduating Memphis College of art back in 2012 with a degree in Sculpture. Her latest releases are being recorded through Sound Kitchen Studios in Nashville by former White Heart guitarist and five-time Dove award winning producer, Billy Smiley. When asked why she moved from Nashville to pursue her music in Memphis she says “for one I feel more creative here, these are MY people and two, well who’s the King of Memphis Blues? B.B. King. Who’s the king of Memphis Rock n’ Roll? Elvis Presley. Now who’s the queen of Memphis country? …Amber Rae Dunn!” and that’s exactly who she plans to be!

The Green Room at Crosstown Arts