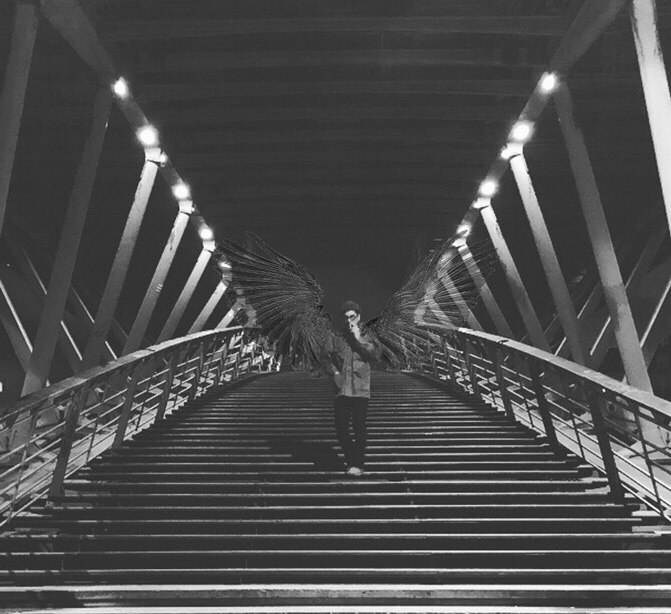 In support of their latest record, and on tour throughout the southeast U.S. Jesse Daniel Edwards and his Nashville based band bring their particular brand of creative rock stylings to Memphis, TN.

Featuring earlier releases by such greats as Steve Cropper (Otis Redding, RCA) and Joe Chiccarelli (The Strokes/The Shins), the group’s upcoming record “Carry On, Carrie Anne” highlights their fresh take on a raw, alternative rock sound (recorded entirely in their living room in 1 take), with incendiary musicianship on the electric guitar- and then for the latter half of the set, the piano, with comparisons to Freddie Mercury and Queen. Throughout the album, Jesse’s mind-bending lyricism hearkens to poets from the Beat Generation, with hard-hitting edge akin to Nirvana and Nick Cave.

Jesse Daniel Edwards is an acclaimed songwriter hailing from the small mountain town of Cuyamaca, CA (pop. 60). As a child, Jesse and his 6 siblings grew up without television, internet, or significant exposure to the outside world. He spent his time learning to sing harmony to gospel tracks and tinkering on hand-me-down instruments with his grandpa. Leaving home at 16, he spent his late teen years busking on street corners around the US and abroad. He eventually grew to perform upon the festival and university circuits full-time after a chance encounter with Al Bunetta (Oh Boy Records), touring with Morrissey, Lucinda Williams, and John Prine. His songs have been featured in radio, TV, streaming movies, video games, and film.

“Full of courage and catharsis.”

“The kind of passion