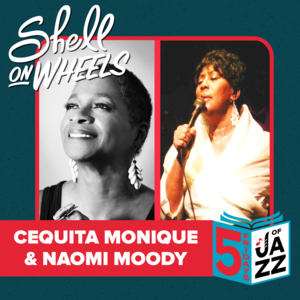 In partnership with Memphis Library Foundation & The Overton Park Shell

Cequita Monique, a vocal stylist, resides in Memphis, TN. She has been a performing artist and arts educator for over 25 years. Cequita Monique has received the Memphis Theatre Award for Excellence as a lead actress in both a musical and drama. She has performed local and abroad.

Naomi is a Broadway Superstar touring the world in the leading role as Bess in Porgy & Bess as well as leading lady in the smash Broadway Tony Award Winning Sophisticated Ladies! Naomi is a recording artist under Willie Mitchell with Royal Records and touted around the South as a Living Jazz Legend. Naomi is also an avid music, piano, voice, and acting instructor with the Memphis Black Arts Alliance, training over 300 children and adults since the 1990s.