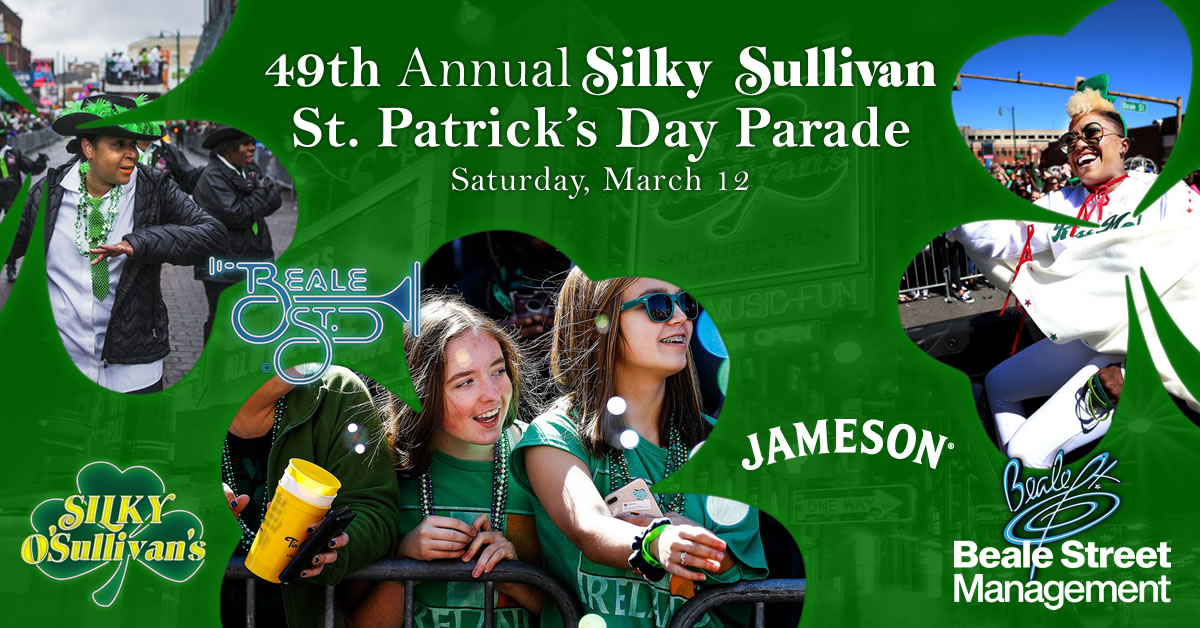 Named for Sullivan’s husband, the late Beale Street restaurateur and Memphis’ ‘King of the Irish,” Thomas “Silky” Sullivan, the Beale Street parade is the largest St. Patrick’s observance in the Mid-South. The parade is the public highlight of a full week of commemorations, including a motor caravan to pick up visiting dignitaries on March 10th, the Africa in April Salutes Ireland luncheon on March 11th, and the pub crawl and raising of the goat on the actual St. Patrick’s Day, March 17th.