As the slightly discolored cover of the horror film Poltergeist II reads, “THEY’RE BACK!”  Black Lodge Video, the indie institution formerly located in the Cooper-Young neighborhood, has finally opened in their new (and much larger) space at 405 N Cleveland St. in Crosstown.

After nearly five years without a brick and mortar establishment, Black Lodge’s DVD rental service has been reborn into a landscape now dominated by streaming services and on-demand movie viewings, a business model that at first glance appears to be a relic of a bygone era. However, as owner Matthew Martin points out, his business aims to be much more than just a video rental store. In addition to carrying hard-to-find films that are meticulously curated by a knowledgeable staff, Black Lodge also offers what Martin calls “a destination that is meant to foster social experiences,” a description that will ring true to fans of the original iteration of the shop.

In fact, giving locals of all stripes a place to convene and connect appears to be at the heart of Black Lodge’s mission, as well as part of their founding story.

“Black Lodge has always been a DIY thing,” Martin says. “It was a bunch of street kids who built this out of pennies in the pocket, and we were never expensive or what you might call classy, but shining through that was our collective energy, passion, and devotion.”

That same level of communal commitment—along with some vital help from Crosstown Arts—was crucial to the relaunch of Black Lodge, which at times felt like a long shot.

While the first and arguably most important phase of Black Lodge’s rebirth is now complete with the opening of their vast and diverse video rental section, Martin and his team will also be introducing many other components that promise to make the store a beloved community institution once again. Within a few weeks, patrons can expect to see an arcade bursting with vintage video game machines, as well as an increase in live music and other performances. “We live in Memphis, one of the largest and most well-known music capitals you can find in America, and in Midtown we only have about three or four venues. That was another part of my motivation. You know, I love the movies, that’s always been my focus, but I’m also a huge fan of music and wanted to provide a space for both local and touring bands to play,” says Martin.

True to that promise, Black Lodge already has two major shows on the horizon that should appeal to fans of both obscure films and music alike. On September 20, they’ll be hosting Jon Mikl Thor, the leader of the legendary heavy metal band THOR and a lead actor in cult films such as Rock ‘N’ Roll Nightmare (details here). Three days later, they’ll be hosting the Italian prog-rock band Goblin, who will perform the live score to Dario Argento’s classic film, Deep Red / Profondo Rosso (details here). 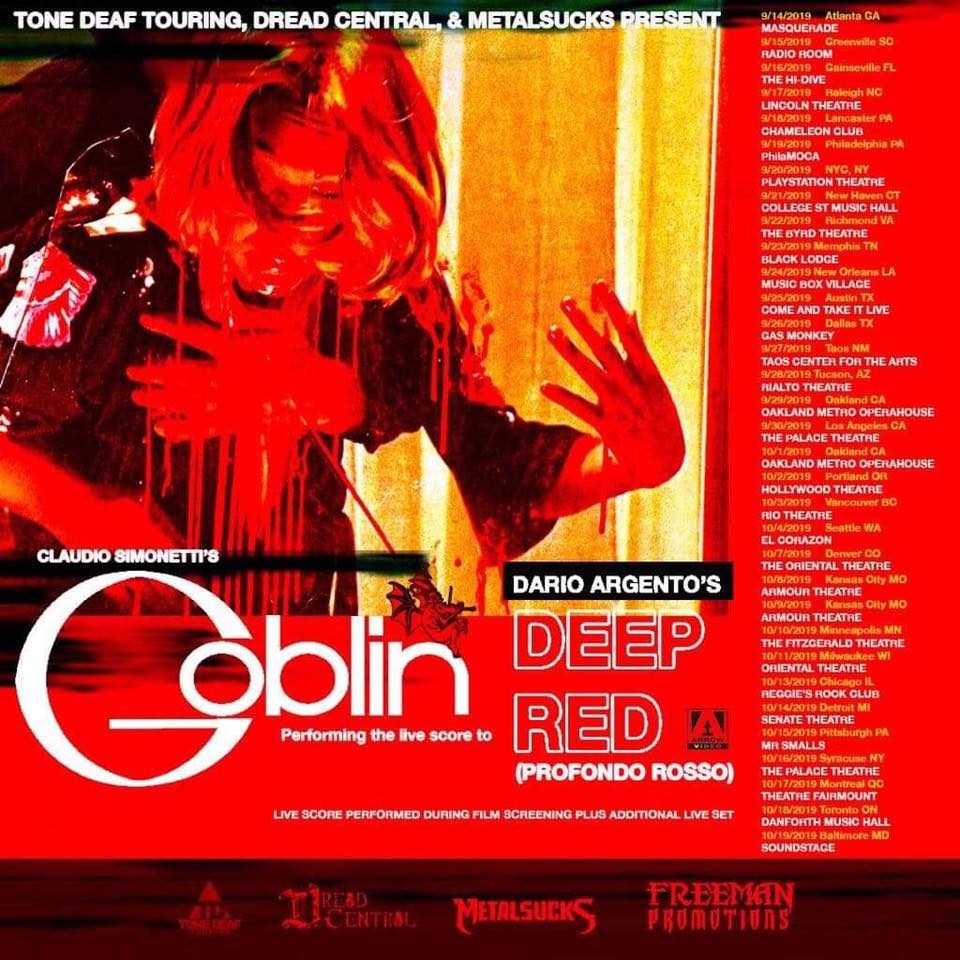 “We’re really looking forward to bringing in a lot of acts that really combine movies and music, because that’s where I get a great deal of joy, bringing in these disparate elements and making them dance together during the night,” Martin explains.

By this time next year, Black Lodge also plans to open a full-service bar and a restaurant specializing in what Martin calls “high-end stoner bar food,” which will be helmed by chef James Blair. “We are very intent on having a diverse vegetarian and vegan menu as well,” he adds. For now, though, Memphians should be more than satisfied by the many offerings already available at Black Lodge, including a $10 monthly membership option that will allow them to rent up to four videos at a time and to attend certain shows for free or at a discounted price.

Perhaps most importantly, Black Lodge provides an opportunity for Memphians to experience something that is no longer available to a majority of Americans these days. “That first day, we just immediately realized it was working. A community video store was still something people want, and for the newbies, it was something they never knew they wanted. It’s a beautiful thing,” said Martin. If early returns are any indication, it seems that Black Lodge may achieve something very rare in the world of movies: creating a sequel that outshines the cherished original.